Baker-Finch, 59, filled the role with aplomb in Rio in 2016 when golf returned to the Olympic family for the first time in 112 years.

His experience as leader of both the men’s and women’s teams was crucial as Australia came within touching distance of the medals in both competitions.

“Everybody in Australian golf knows exactly how committed Ian is to the nation and its athletes,” Pitt said.

“That someone held in such high international regard is so eager to ensure our athletes have a first-class Olympic experience is fantastic for all involved.

“He will be an integral part of the team’s success not only during his time in Tokyo, but also in the preparation phase.”

Baker-Finch, the Open champion in 1991 at Royal Birkdale, was honoured to be approached to fill the role again.

“Representing your country at the Olympics is not only a huge honour, but I believe the pinnacle of world sport,” he said.

“In talking to our potential representatives, I know they’re all incredibly excited to have the chance to be considered to come to Tokyo in the green and gold.

“Last time we had Minjee Lee, Su Oh, Marcus Fraser and Scott Hend – and I know they all had the experience of a lifetime.”

“We can’t wait to see who’ll get the chance next year, but I’m sure they’ll all do the country proud.”

“I am absolutely delighted to have Ian in this role of team captain. His leadership was greatly valued in Rio 2016 and I know the Australian Olympic team will once again benefit from having someone of Ian’s calibre and commitment as part of the team”.

Based on current Olympic rankings, Australia will qualify to send two male and two female athletes to compete at the Kasumigaseki Country Club in July and August next year.

Should there be more than two Australian athletes ranked inside the top 15 of their respective Olympic rankings at the 2020 cut-off date – 22 June for men, and 29 June for women – that number (up to a maximum of four) will be eligible.

Golf Australia will nominate a team to the Australian Olympic Committee on 2 July with a final team selection announced shortly afterwards. 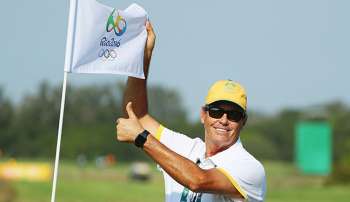 New Martin Hawtree design to be built in the Foveran Links west and south of existing course.

COVID-19 pandemic and travel restrictions have forced the cancellation of February's Vic Open.