The Bonnie Doon Golf Club is a private members club. Visitors from Interstate or Overseas are welcome during certain periods of the week. Such visitors will need to be members of a recognised golf club, with a current membership identification card or a letter of introduction from the home club. Contact Planet Golf for assistance with tee times.

Bonnie Doon is one of Sydney's oldest golf clubs. First founded in the 1890s in Marrickville, the members moved to their current home in Pagewood, near the Sydney airport, during the 1940s. Taking over from the struggling New Metropolitan Golf Club, the modern Bonnie Doon course occupies prime sandy ground in close proximity to other golfing jewels like The Lakes, The Australian and the neighbouring Eastlakes course. Bonnie Doon enjoys superior soil and, in places, terrain to all these courses but has, for years, been hamstrung by trees and a back paddock that is too steep and cramped for quality play. The home holes have also been badly cramped, but sensible tree clearing and an exciting redesign program undertaken by Michael Clayton, Geoff Ogilvy and Michael Cocking, is set to elevate the back nine in particular, and return the golf course back to the upper echelons of Sydney golf.

Crucial to the Ogilvy Clayton Cocking and Mead (OCCM) plan has been the use of an adjacent 6.5-hectare dumpsite that the council gifted to the club and allowed them to incorporate into their course. While much sand had to be imported to build up this area, it has been shaped with great care and the two holes built here, a long, strategic par five and short uphill par three, are terrific additions to the layout. Elsewhere the old 2nd (now 12th) has been completely reworked into a beautiful short par four with a two-tiered fairway and imposing built-up green that is best attacked from the skinny upper plateau. The iconic blind par three 3rd (now the 13th) was retained but its green completely rebuilt with all manner of rolls and ridges while the 4th fairway (now the 9th) was reversed and its undulations nicely softened to create a tempting short par five.

Phase two of the Ogilvy Clayton upgrade at Bonnie Doon was completed in 2014 and included dramatic transformations of a number of new holes, most notably the short par four 8th and 16th holes. The 16th in particular is terrific, the tee shot once bending through trees is now played across or around a large scrubby dune according to the golfers bravery. Changes to the 18th hole were also particularly well handled.

Less successful were alterations made to the southern paddock, with holes 3 through 7 retaining design shortcomings and an uncomfortably tight character. Elevated approach shots into the 3rd, 4th and 5th can be brutal, as can finding the fairway surface off the 4th tee or with your second shot on the par five 7th. This area was always a challenge, and though some of the green sites are well done the best golf at Bonnie Doon is unquestionably back on the main paddock.

Although there remain some issues with turf maintenance and the management of native roughs, the improvement at Bonnie Doon since OCCM started work has been significant. When holes 1,2 and 17 are completed the course should be among the most fun to play anywhere in New South Wales, and likely boast the best set of short par fours in Sydney. 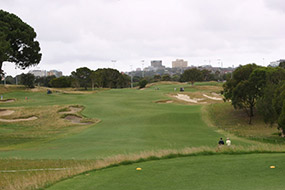 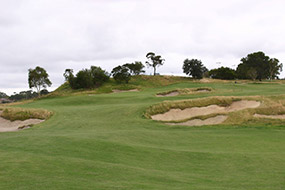 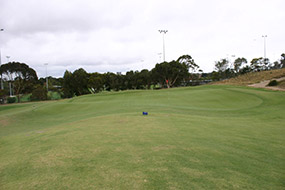 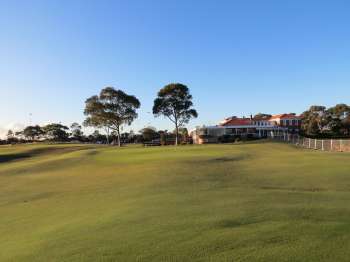 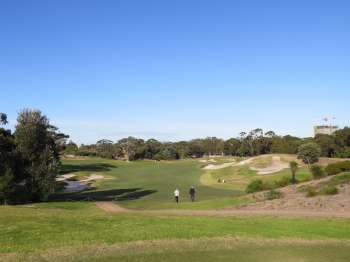 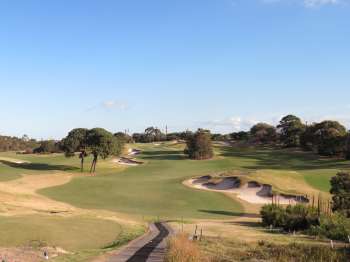