The Brisbane Golf Club was founded in 1896, moving to its current home in the southern suburb of Yeerongpilly in 1904. The course was first designed by Carnegie Clark, although his holes have changed considerably in the decades since they opened. In 1926 Dr Alister MacKenzie apparently advised the club on changes, while later an additional nine-hole course was added and eventually incorporated into a major redesign of the full 18-hole course in the 1990s.

Not surprisingly, today’s layout is pretty disjointed with some older, simple holes mixed with more complex and modern creations that were created by the likes of Ross Watson and Wayne Grady. The bunkering is a real concern, some traps are shallow scrapes of sand while others are elaborately shaped in a distinctly resort fashion. A forthcoming major redesign program by Ross Watson will surely address problems here, and with greens that are likewise inconsistent.

In terms of the layout, the back nine features some decent undulation with only the 10th really making full use of the terrain available. The rest of the holes are draped uncomfortably across the site, which is also true of a front nine with less natural ground movement and a series of really dreary holes, such as the featureless mid-length fours at the 2nd and 8th. The best hole on the front is the gently rising 9th, which houses an impressive plateau green site.

Brisbane Golf Club has a beautiful colonial style clubhouse and a nice history, but without significant improvement to its golf holes it remains a disappointment for discerning golfers. 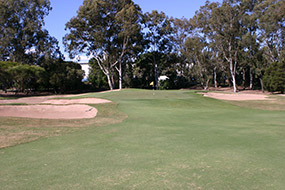 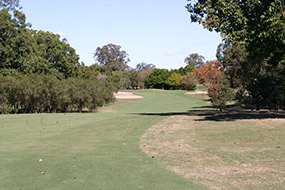 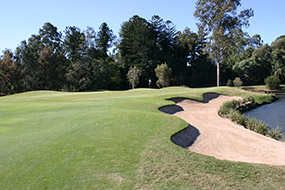 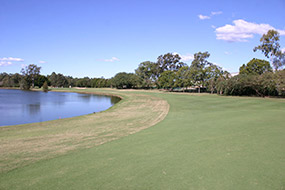