One of Sydney’s leading tournament venues, the Concord Golf Club’s origins can be traced back to 1893 when the nine hole Sydney Golf Club was founded at Concord West. By the end of the year the club had acquired additional land in the Bondi sand hills and in 1899 relinquished the Concord site to local members to form their own club.

A few short years later, fearing their course would be sold for residential development, the members merged with the Strathfield Golf Club and opened an 18 hole men’s and 9 hole ladies course on nearby land. With the purchase of an adjacent site in 1916, the ladies course was closed and a complete remodel of the old course undertaken by Dan Soutar.

For more than 80 years members then enjoyed their course virtually unchanged but in the late 1990’s, with modern technology strangling the challenge and the club preparing to host professional tournaments, a significant facelift was required. The small acreage made radical change impossible so the club instead decided to tweak rather than tear the course apart.

Designer Ross Watson was employed to reshape bunkers, landing areas and many tee complexes in an attempt to strengthen the test. He also rebuilt all eighteen greens and replaced the grass with a Penncross A4 Bentgrass, one of the quickest putting surfaces available.

Watson describes the clubs’ intention in upgrading the course as being ‘in order keep pace with advancements in the game and to retain its reputation as a genuine tournament venue’. He added that ‘the course was previously known for its smallish elevated greens and steep banks and from a design point of view the main challenge was to increase the size yet retain the challenge of small greens. This was achieved by designing greens with slightly oblique "wings" where pins could be placed and defended by greenside bunkers, slopes and swales.’ The Watson changes were well received at the time, but as with much of his work in Sydney have now been redesigned again.

In 2017 the club closed each of its two nines and separately let Renaissance Golf Design, through Brian Slawnik, reshape all 18 greens and each of the tees and bunkers. Renaissance also made a couple of routing changes on the front nine, and cleared out hundreds of internal trees. The tree removal work has been a significant success, opening some beautiful vistas across the course and allowing members to better appreciate the scale of the golfing topography.

Although the course remains tightly treed in places, the fairways wind up and over an array of interesting undulations, with a number of excellent tee shots and several attractive mid to long par four’s that fall nicely across the natural terrain. The Doak/Slawnick changes made on the back nine are particularly impressive, the left fading tee shot on the 10th, the strategic approach into the long 11th and the enormous green site on the 12th among the early standouts. The drivable 13th is also excellent, its green wrapped around a frontal bunker and causing all players from the tee to chose their ideal driving line.

While the green sites are far from flat on the back nine, with the exception of an imprint through the middle of the par three 14th they are slightly less daring than more outrageous greens on the front nine like those at the 2nd and 8th. Each features the sort of humps and bumps more akin to a seaside links than a heavy Sydney clay-base.

Not an overly long course the great challenge at Concord is keeping the ball in play and managing your short game around the treacherous greens. Target areas on the shorter holes are very small, and recovery is always difficult when the greens are firm and fast. Approach play from the kikuyu grass is also a challenge, complemented now by enlarged areas of couch grass surrounds added as part of the Renaissance Golf redevelopment.

Though Concord seemed one of the least likely of Sydney’s private clubs for a team like Doak and Slawnik, their work here has been embraced by the membership and management, and made a somewhat dull course far more interesting. Tree removal has worked wonders, and we were impressed by the green complexes in particular through the back nine. Concord remains one of the toughest tests in Sydney, but now thankfully also one of the more loveable. 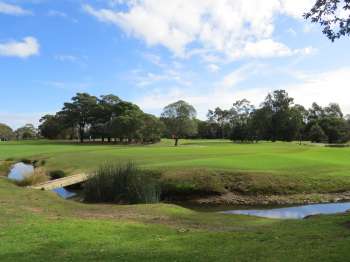 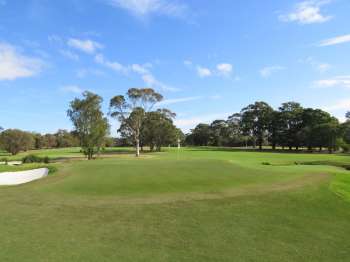 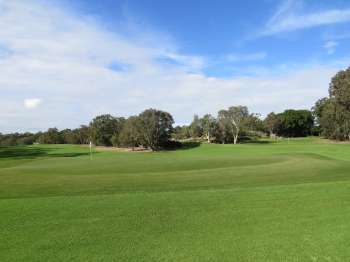 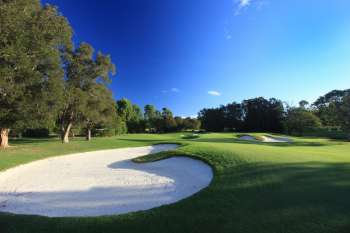