The Elanora Country Club is a private members club. Visitors from Interstate or Overseas are welcome during certain periods of the week. Such visitors will need to be members of a recognised golf club, with a current membership identification card or a letter of introduction from the home club. Contact Planet Golf for assistance with tee times.

The Elanora Country Club is one of the most prestigious golfing institutions in the north of Sydney, having been founded back in 1928 and enjoying splendid views of the cities popular Northern beaches.

The course was originally designed by professional golfer Dan Soutar, who also laid out Melbourne’s celebrated Kingston Heath layout. In the early 2000s, problems with conditioning, drainage and tired greens led the club to make a major overhaul to its course under the watchful eye of course architect James Wilcher. Beyond rebuilding the greens and bunkers, Wilcher’s only major routing changes were to reverse the 1st and 9th holes, and to build a brand new (and attractive) short par three 17th hole.

Wilcher’s work has been well received at Elanora by various golf ranking panels, and also by the general membership thanks largely to the modern bunkering and improved course conditioning. For architecture aficionados, however, the changes have done little to elevate the quality of the actual golf holes themselves. The property is pleasant enough, but the playing corridors are tightly treed and a number of holes fight land that, in places, is pitched quite steeply. The fairway bunkering also lacks real strategic interest in many places and often seems positioned to counter a hazard on the opposite side of the hole. The same is largely true of putting surfaces that feature plenty of contour, but rarely demand genuine strategic thought from back on the tee.

Despite some concerns with the golf course, Elanora is a terrific club and a great place to be a member. A redesign under the watchful eye of Kyle Philips has been proposed by the Board of management, and should it proceed would likely elevate the golf experience significantly. The views, the ambience and the sloping terrain all work in Elanora's favour, and with an excellent set of golf holes this would certainly become a wonderful place to play. 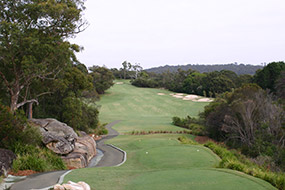 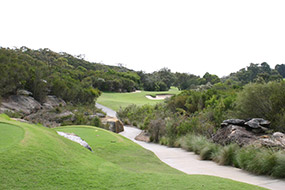 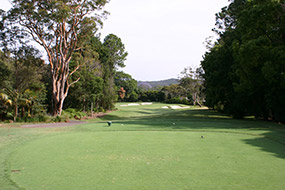