The Glenelg Golf Club is a private members club. Visitors from Interstate or Overseas are welcome during certain periods of the week. Such visitors will need to be members of a recognised golf club, with a current membership identification card or a letter of introduction from the home club. Contact Planet Golf for assistance with tee times.

Originally founded in 1926 today’s Glenelg golf course was originally designed by Vern Morcom after the club’s land was redistributed in 1946 as part of the Adelaide airport project. The holes were initially laid out through an undulating forest of tall Pines, which decades of overzealous Committee’s ‘complimented’ with scores of additional trees.

In 1998, with the site badly overplanted, the club embarked on a radical restoration program with the aim of returning the site to its predominantly Pine tree character, and also re-establishing an open links like appearance on the more exposed areas of the course.

Consultant’s Neil Crafter and Bob Tuohy oversaw the removal of the introduced plants and also ‘modernised’ the layout by adding a number of championship tees and reconfiguring almost half the holes. They also completely rebuilt each of the bunkers with revetted faces, the first such undertaking of its kind in Australia. While a worthwhile project, the results of the redesign work were mixed with some terrific holes in the early stages but some poor bunkering through the middle of the round taking the gloss of the layout. The 5th, 6th and 7th holes are all awkward from the tee, the excessive shaping of the 5th green hardly works while the 7th is heavily bunkered to encourage play away from the entrance road but the right-side trap is actually positioned to tempt long bombers to take it on and therefore flirt with the road. The back nine is slightly more consistent, but unfortunately doesn't reach great heights with the 10th and 11th holes the pick. Earlier the 1st is an interesting and strategic short par four, as is the 4th which is cleverly bunkered to punish those taking the safer route from the tee.

Although the restoration has been mostly positive, the contrasting Parkland and linksland styles do leave the layout feeling a little incoherent. 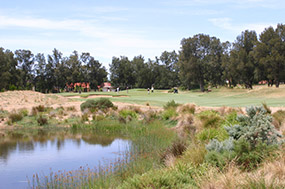 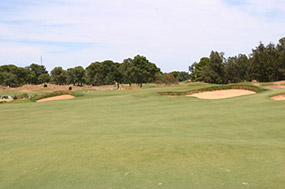 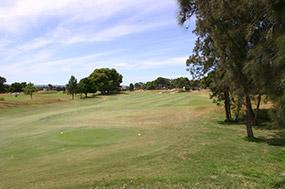