The Kooyonga Golf Club is a private members club. Visitors from Interstate or Overseas are welcome during certain periods of the week. Such visitors will need to be members of a recognised golf club, with a current membership identification card or a letter of introduction from the home club. Contact Planet Golf for assistance with tee times.

The Kooyonga Golf Club was founded when a 1922 train strike forced South Australian golf pioneer H.L. 'Cargie' Rymill, to take a tram to his home club at Royal Adelaide. During the fateful trip he noticed a stretch of undulating swampland and sandhills, known as May's Paddock, was for sale. Inspecting the site and realising its potential for great golf, Rymill conceived the Kooyonga Club and immediately acquired the land. Within a few months the first nine holes were open and by June 1924 a full 18, designed by Rymill himself, were ready for play.

Not formally trained as a golf designer, Rymill was a MacKenzie disciple and carried a copy of his bible, the MacKenzie guide to golf architecture, throughout the Kooyonga project. During the 1990s this precious relic was returned to the club, complete with highlighted passages and legible Rymill inscriptions on the strategy of his holes as well as the odd snide remark about Royal Adelaide colleagues.

Though raw sandhills dominated the site Rymill first discovered, his design incorporated grand plantings of native and imported trees which have grown to now dominate the landscape. His initial routing remains essentially unchanged, with the most intriguing aspect being the configuration of holes to include back-to-back opening par fives and consecutive par threes on the back nine. He was clearly a man who believed great design could be unconventional.

More conventional is the use of the land's natural elevation change, the course testing all aspects of your game thanks largely to the sloping, tight tree-lines fairways and small, firm greens. The highlights of the design include the par five 2nd, shorter par threes at the 7th and 14th, and fine par fours like the 8th and 12th with plenty of natural fairway movement. Notable alterations through the years included a pond added to the front of the 17th green during the 1980s and the lengthening of the par three 15th some years later when an adjacent property was acquired to allow them to stretch the hole.

Worryingly, the Kooyonga Golf Club recently embarked on a redesign program with Martin Hawtree that risked altering the nature and character of this ageless golf course. Hawtree's first work was to rebuild the short par four 5th, which is now a poor hole thanks to added fairway moguls and heavy putting contours that are out of context with the rest of the layout. Mercifully, the fairway shapes have since been softened and it's possible that the entire hole will be rebuilt down the track. Other changes like the shaving of the driving hill on the 4th hole, the new greenside traps on the 13th and fairway bunkers on the 6th were better handled. Dr. Hawtree also designed an additional par three between the 2nd fairway and the 11th tee, which is a nice hole and presumably now gives the club the opportunity to take others out of play and upgrade/redesign them. We understand that the club has discontinued its association with Mr. Hawtree.

There are certainly problem spots here at Kooyonga, but the core of this golf course is still very good and we hope that a club of such proud history and tradition can resist the urge to tinker unnecessarily with their layout too much further. Sometimes a golf club needs to accept its limitations and just be comfortable in its own skin. Kooyonga will never be the best course in Adelaide simply because it lacks the space, scale and contour of Royal Adelaide, but it has been a clear number two for years now and among the Top 30 courses in Australia. The original Rymill design has great charm, and we would encourage the club to focus on enhancing its character and retaining playability for members, rather than trying to make the golf course 'harder' for good players. 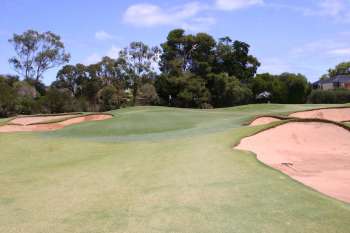 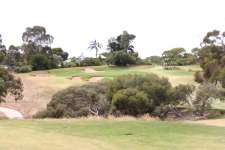 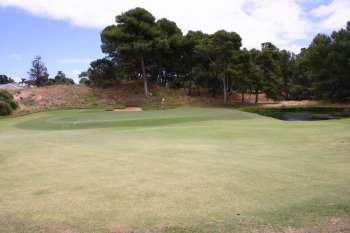 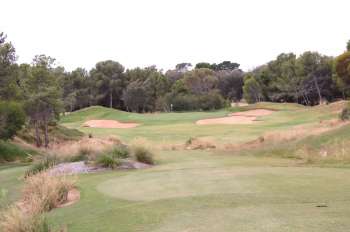