The Portsea Golf Club was founded in 1924 among the tea-tree covered sand dunes that bordered Victoria’s Point Nepean National Park. The first nine-hole course was designed by Scottish professional Jock Young and opened for play in 1926 after fifteen men had taken almost twelve months to clear the site of its dense scrub. Twelve holes were in play by 1932 though it wasn’t until the 1960’s that the course was finally extended to eighteen holes by Sloan Morpeth and head greenkeeper Jack Howard, who created eighteen originals but did retain some of Young’s existing green sites and fairways.

In the early 2000s, increased competition on the booming Mornington Peninsula forced the club, through local designer Michael Clayton, to make changes to its much-celebrated layout. Clayton removed encroaching undergrowth on several holes and strengthened the previously weaker back nine by lengthening 15 and 17 and building a new par three at 16 (old hole numbers).

Unfortunately, improvements made were later undermined by a decision to relocate the clubhouse and sell some perimeter land for housing. Portsea land is expensive land, and the financial rewards have stablised the business to some degree. Sadly, the effects on the golf course have been mostly negative, with the course still terrific fun to play but the current and former 1st holes being shortened and diminished. The old 1st was a falling and rising par four across glorious linksy ground. It was an inspiring way to start the round.

Quite literally carved out of the coastal tea-tree, Portsea falls beautifully across its small site with fairways set amidst the rolling dunes and the more exposed areas offering great views out to Port Philip Bay. The best holes are those with the most authentic links undulations, such as the par five 8th and adjacent par four 14th, the drivable par four 10th and the wildly sloping, twice-blind finishing hole.

Measuring less than 5,800 meters, Portsea is a fun course that more often than not tests all elements of a golfers game. Although the reachable par fives and short par fours ensure plenty of birdie opportunities, the vagaries of the Peninsula winds and the small greens will keep you on your toes throughout the round. 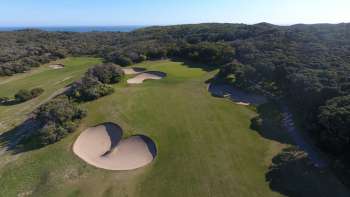 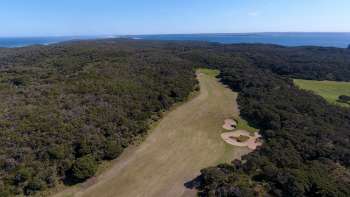 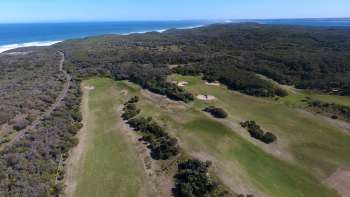