A charming shorter layout in Victoria's Yarra Valley, the RACV Healesville golf course was redesigned by partners Michael Clayton and Michael Cocking during the mid-2000s. An excellent example of how strategic, fun golf beats long, difficult golf, RACV Healesville was featured in the January 2014 issue of Australian Golf Digest magazine.

It seems absurd to even have to ask the question. What’s more important to your club, design quality or length?

For many decision makers in Australia, the answer sadly is length and specifically that fictitious and meaningless title of a ‘championship course.’ It would be hard to argue that there was a more poisonous phrase in golf, or equally that you could improve a course by focusing on ‘championship‘ length and difficulty, instead of quality and fun. We have come a long way in this country, but in some areas there is still a ways to go.

An interesting and important case study in Australia is the RACV Healesville Country Club in Victoria’s Yarra Valley, which measures less than 5,000 metres from the tips and plays to a paltry par of just 68. It’s not the sort of course you see built often in this modern era.

At first glance even serious golfers might dismiss Healesville as too short and too easy. Its longest par four is just 351m and there are five under 305m. There are also six par threes as well as two par fives around the 420m mark. Long hitters reading this are likely licking their lips already.

Lost in the excitement of such enticing numbers are beautiful bunkers and a set of green complexes that strategically reward finesse over sheer force. Good, long players are dangerous anywhere but good, accurate players definitely have an advantage here.

When Australian Golf Digest visited RACV Healesville one glorious weekend in Spring, we found consensus among a large group of members on the one word that best describes their course; fun. This game we play, first and foremost, is meant to be fun. Suburban courses aren’t supposed to exist to test the world’s best players. They should exist to bring pleasure and enjoyment to their memberships and nothing sucks enjoyment from the game quicker than holes the average golfer cannot handle. Pars don’t necessarily come cheaply at Healesville, but they aren’t defended to the death. Virtually any golfer stepping onto virtually any tee here has a chance of at least making par. It’s a recipe that regular players enjoy.

None of the members we met mentioned wishing for additional length, or for more difficult holes. The only frustration we sensed was from those who admitted to not yet being able to figure out some of the putting contours. It wasn’t a criticism of the course as such, but rather of their own putting prowess.

By contrast, in recent months we have spoken with a number of clubs around Australia whose underperforming golf courses need refreshing and whose primary aim seems to be on making them harder. Harder golf invariably means longer golf, which invariably leads to both more expensive golf and more time consuming golf. Sure there might be a section of the membership keen to make things tougher, but is that really the direction we should be heading in this day and age?

Lead designer on the Healesville redevelopment (2006-09) was Michael Cocking, now a partner with Ogilvy Clayton Golf Design. Cocking says the project was rare because the client (RACV) did not interfere and gave him the freedom to build the sort of holes he wanted. The design team never seriously considered lengthening the existing course, but instead looked to create more interesting holes, which would reward thoughtful and imaginative play. As Cocking explains, ‘my goal at Healesville was to build one of the best sets of greens in the country and to capture the essence of the great short fours and fives on the Sandbelt.’

Sub 300m holes are certainly back in fashion and they do look good on the scorecard. There is a significant difference, however, between a strategic teaser that offers all golfers a glimpse at birdie and a hole that is simply short. Think the 1st hole at Royal Sydney, for example, which is so uncomfortably tight that most players have no choice but to lay back. By comparison, holes like the 9th and 18th at Healesville are effective because they genuinely tempt golfers across the ability spectrum into taking a gamble from the tee. They also change dramatically with each new pin position.

In the race to stay relevant, it isn’t surprising that some clubs lean instinctively toward length and difficulty. All too often, however, we forget that fun and challenging holes are more enjoyable to play than long and demanding ones. It’s true in Scotland, the birthplace of our game, and it’s also true here in Australia; whether it’s on the Sandbelt, down at Barnbougle Dunes or your local municipal course. While good players often love the longer holes most of us prefer the ‘cute’ par three or the reachable four or five. Sometimes it takes an excessively short course like Healesville to remind us of the value of subtlety and variety in design, and that nipping a precise pitch to a sharply angled green should be as important a skill as smashing your drive hundreds of metres down the fairway.

We aren’t suggesting here that all clubs should cut their par back to 68, but they should at least be open to the idea of a drop from 72. Study the best courses globally and you quickly see how arbitrary the notion of a standardised 72 par golf course really is. Among the world’s Top 10 courses, for instance, Pine Valley, Royal Dornoch and Shinnecock Hills are all par 70s. Royal County Down, Oakmont, Muirfield and Ballybunion are 71s. Furthermore, each of St Andrews (Old), Merion, Shinnecock Hills and Pine Valley has only two par fives, just like at Healesville. Why again does your club insist on four?

Further down the World Top 100 list, the likes of Swinley Forest, Rye and West Sussex in England are all superb courses with a par in the high 60s. Each is much longer than Healesville, but has either more par threes than standard or fewer par fives, or both. Few visiting golfers are even aware of the shorter par when they play here.

As we know, one of the biggest challenges facing course designers these days is the widening gap between the distances strong professionals hit and the average amateur. The answer can’t always be back tees. Often it’s shorter holes, lower pars or more interesting greens and bunkers. The average club golfer, for example, loves par threes while the professionals generally struggle in comparison to the fours and fives. It doesn’t really seem to make sense, therefore, that in this modern era the industry standard isn’t to have more par threes than par fives. If an industry like ours needs standards, then the modern par should really be 70, not 72.

Golf faces serious challenges in this country over coming years, and clubs can’t just pay lip service to the notion of their courses existing for the pleasure of their members. If hard decisions need to be made and changes to your layout are required, it’s important to ask a couple of fundamental questions. Do we really need a par of 72? Do we really need to market ourselves as a ‘championship course’? And should we be making holes harder or more fun? A round at RACV Healesville with an open mind might just change the perspective of those who answered yes to any of the above. 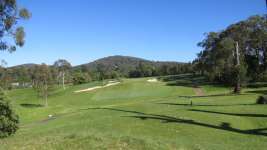 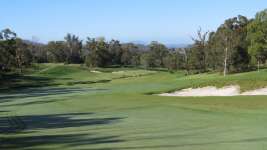 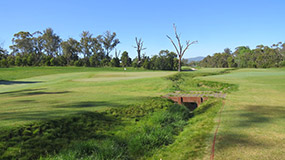 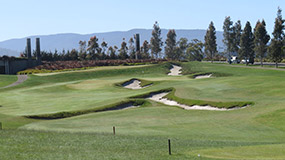