The Royal Canberra Golf Club is a private members club. Visitors from Interstate or Overseas are welcome during certain periods of the week. Such visitors will need to be members of a recognised golf club, with a current membership identification card or a letter of introduction from the home club. Contact Planet Golf for assistance with tee times.

Golf courses are generally developed without great assistance from local governments, as designers often have to endure tremendous battles with bureaucrats to ensure their designs are approved. In Australia’s Capital Territory, however, the Royal Canberra Golf Club exists as the regions golfing gem thanks largely to the hand of local government in condemning its original home and selecting a new and attractive replacement.

The club’s current Westbourne Woods site was initially set-up as an arboretum for botanists to plant and plan the trees used throughout the city of Canberra. The first plantings were made in 1915 and included Californian and Mediterranean Pines, blue-grey Cyprus from Arizona, birch from English forest glades and cedars from the Himalayas as well as countless natives.

In the 1940’s with the city developed and the Woods surplus to requirements it was suggested that the Government build a golf course on the site and seek a club to manage and preserve the area through its maintenance. Around the same time the Government also decided that it needed to flood parts of the city’s major lakes to enhance and preserve its water supply. The original home of Royal Canberra, on the Molonglo River bank, was earmarked as land to be submerged.

The Department of the Interior engaged architect James Scott to advise on the layout of the new Westbourne Woods course while it searched for appropriate site custodians. Scott’s plan sensibly took full advantage of the natural topography and the many established species within the arboretum. Fairways were shaped and some additional plantings made yet the partly constructed course sat dormant for years while politicians debated the finer details of the lakes scheme, and made arrangements for a club to complete the course and finance the water reticulation.

In 1956 the senate finally passed the full lakes scheme which sealed the fate of the old Royal Canberra course and assured water storage and supply to Westbourne Woods. With Royal Canberra agreeing to terms for use of the site it signalled the start of a new era for golf in the capital.

The club entrusted English architect Commander John Harris to complete the design of the partially built course. Unable to remove many protected trees, he was forced to use Scott’s basic routing and to incorporate his own tees, bunkers and greens into the cleared land. The course the two men built is a searching test from the tee with tight tree lined fairways that bend in both directions and demand precise shot-making to keep the ball in play. The putting surfaces are generally large, and often elevated with tiers that give players a better look at the flagsticks.

Aside from nice driving holes at the 9th and 10th and views of the lake at the 5th and 11th, the 16th is the obvious highlight here, with its fairway encased by magnificent Monterey Pines and meandering over a dramatic rise and dip before climbing towards a steep green. Long hitters today can bomb drives over the hill and be left only a short iron approach, but often these longer drives pull up on the downslope leaving a tricky uphill approach from a hanging lie. Uniquely Royal Canberra, this is one of Australia’s most recognizable inland par fours.

Due to the diversity of the plant life some corners of the course are less dramatic than holes like the 16th, but there are quality moments throughout the round to compensate up for any character changes. Since opening in 1962 the most significant course alterations were made during the 1980’s when holes 4 through 6 were redesigned by Peter Thomson and Michael Wolveridge, who also returned years later to design the clubs third loop of nine holes. In 2014 the club embarked on another redesign project, this time with Mike Clayton, Mike Cocking, Geoff Ogilvy and Ashley Mead, who have been chiefly tasked with reshaping greens, tees and bunkers. They also made subtle changes to the front nine routing to bring it back in line with the original Harris plan. The approach into the 4th and 10th greens are among the highlights of this recent work, along with the multi-route 14th which is out of character with the rest of the course, but provides interesting options for those walking back to the higher tee.

In horticultural terms, the Royal Canberra site is one of the most significant in Australian golf with more than 220 species of trees and plants found throughout the course. In golfing terms, however, it’s the natural beauty of the Westbourne Woods holes that make Royal Canberra one our finest inland golf clubs, and for this bounty we should all thank Canberra’s politicians. 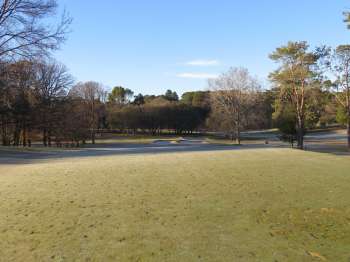 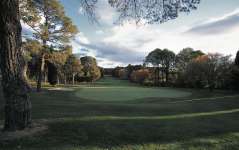 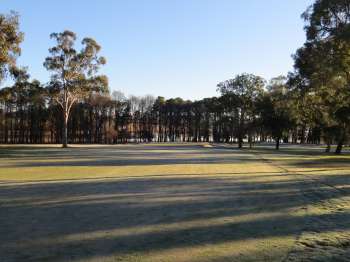 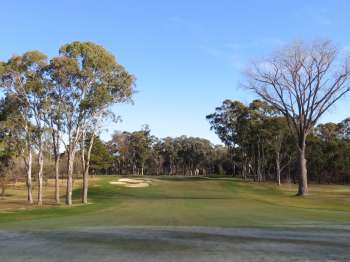