A popular icon of Victoria’s Mornington Peninsula, the Sorrento Golf Club was formed in 1907 by a group of Melbourne businessmen who wanted to golf close to their Peninsula holiday homes. The original course was laid out by the founding membership but redesigned in 1929 by J.D Scott and later by a procession of architects and course committees, including member Peter Thomson and former partner Mike Wolveridge.

Less than 5 minutes from the charming Portsea Golf Club, Sorrento is built on similarly rolling dunes land, with an abundance of sandy subsoil and attractive remnant coastal vegetation. The putting surfaces and general course conditioning are legendary, with some of the best playing surfaces found anywhere on the Peninsula and fairways that rival the top few Melbourne Sandbelt clubs. Unlike at nearby Portsea, the naturally undulating ground here is scarred somewhat by the artificial nature of some of the mounding. The wildly divergent bunkering also hurts the authenticity of the course, with the traps a mix of simple circle pits and larger bunkers that feature either Sandbelt-esque splashed sand faces or resort style deep grass lips.

Like Portsea this layout is small, bouncy and exposed to the ever-present coastal winds. It's also fun and engaging to play despite the fact that some of the bunkers appear to have been added to make holes harder, rather than more interesting. A handful of nice, natural green sites complicated by unnecessary slopes and mounds is also a little unfortunate.

All this said, Sorrento is much-loved in Victoria and both a pleasant club to join and a mostly attractive place to play. In recent years golf course designers Neil Crafter and Paul Mogford have started working on a number of greens and bunkers, which is a positive sign given the club needs serious, professional oversight in order for the quality of the Sorrento golf course to match both the quality and reputation of the Sorrento Golf Club. 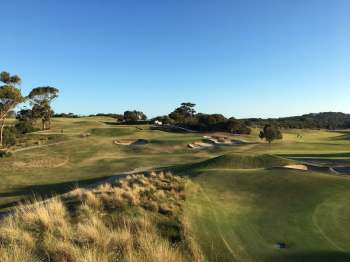 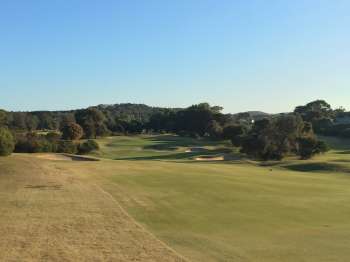 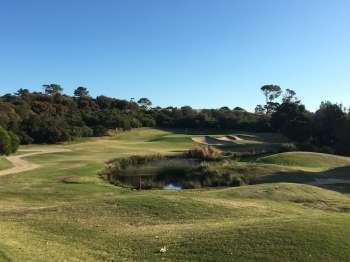