The Cut Golf Course in Port Bouvard south of Perth, was designed by James Wilcher and in its short history has already suffered considerable hardships. Firstly, the originally developer got his business model wrong here and after trying to both sell it as a private club and then a high-end pay-to-play facility eventually lost the property to the banks. Earlier, during design, they had been prevented from moving or replacing crucial vegetation on the spectacular, but awkwardly routed, back nine. These restrictions remain in place, and although the purchase of the course by a group of members has been a positive development, they are still unable to fix some of the very obvious problems that exist here.

While The Cut has its fans, we find this a disappointing layout on quality coastal dune land. The nature of the terrain and spectacular views perhaps disguise some serious shortfalls with regards the actual land at Wilcher's disposal. The back nine, for instance, features a couple of holes that don't quite work, such as the short par four 17th which crosses a beautiful crest but then turns blindly to the right behind a hidden dune. The most obvious location for the green was in a natural hollow straight through the fairway, but council apparently prevented the designers from using this area so the hidden green site was used instead. Similarly on the front nine, the 2nd and 3rd play along a glorious stretch of the coast but each is inexcusably narrow due to housing located tight against the right side of each hole.

In a sense these were things outside of Wilcher's control, although both the 2nd and 3rd are uncomfortably bunkered and almost deliberately anti-strategic. Worse, the holes away from the coastal dunes are neither interesting nor particularly fun to play. The obvious excuse on the front nine is the ever-present housing, but there is more than enough space for holes like the 5th, 7th and 8th to have been much better. On the back nine the coastal scrub does interfere with the golf on occasion, and one only needs to play the signature 12th to appreciate how much potential this property had. Even the mostly pristine 12th has its issues, however, notably the location of the cart path right across the front of the tee box. The 12th is still a cracking hole, but the fact it is so far above the rest on this course highlights what a disappointment the layout will be for some golfers.

On the positive side, as well as the 12th hole we like the par three 4th and and the short 13th. The steeply elevated approaches into the 1st and 11th aren't ideal, and not helped by some extreme putting contours, while the drivable 3rd is a poorly designed hole because the aggressive, fun tee shot is too much of a lottery. The bunkering on the 8th and 9th, along with the aforementioned 17th, are also less than ideal.

Despite its obvious issues, The Cut is a reasonable golf course in a beautiful location, though clearly a long way from reaching its true potential. 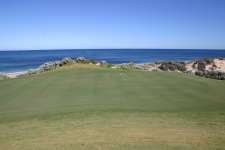 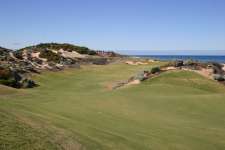 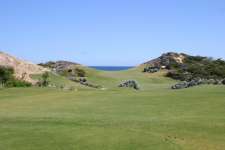 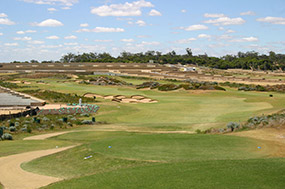 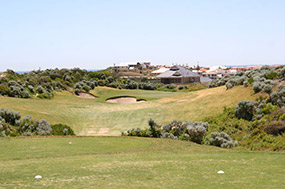 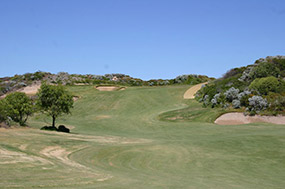