A centurion founded nearer metropolitan Melbourne, The Eastern Golf Club relocated to the Yarra Valley with the opening of the first 18 holes of its Greg Norman designed course in 2015. Norman's company was engaged by the club around 2009, to build them 27 holes of ‘championship’ golf along with a 9-hole par three course. The property purchased by the club for its relocation is directly opposite the Yering Meadows golf course, which was a similarly ambitious 27-hole relocation of an existing 18-hole members club.

Since the sale of the Croydon Golf Club and its relocation to Yering Meadows in 2008, that club has struggled financially to establish a strong, sustainable membership, in part because of a mistake with their masterplanning. Cramming 27 holes into a confined space compromised the Ross Watson designed golf course, and made it more difficult to create width, fun and interest. Any financial security created by the sale of Croydon land for redevelopment has more than evaporated at Yering Meadows.

By contrast, the Eastern Golf Club is on very strong financial footing having sold their former Doncaster home for a 9-figure sum. Their new home at Yering has a lot more space than Yering Meadows, and the club had access to significantly more capital during the relocation project. Unafraid to spend that money, the club built copious golf holes as well as exceptional practice facilities, tennis courts and a large, functional clubhouse with pleasant outlooks across the course. It is understood that Eastern spent the best part of $50-60 Million on their relocation, and still has a sizeable future fund. The club is likely to perform strongly in a Yarra Valley golf market rife with unsustainable properties.

While the club will no doubt attract and retain members from a wide golfing catchment, the disappointment some will have with the new Eastern Golf Club is that the Greg Norman design team weren’t able to use the significant financial resources available to create more interesting golf. They also weren’t able, or prepared, to convince a long-established 18-hole club to shelve the third nine and instead dedicate their best golf land to creating the best golf course.

This is certainly not a poor course by any means, but there are only a handful of dynamic holes at Eastern and many of the bunkering and green concepts are used repeatedly across the course. Fairway bunkers are employed on the outside of doglegs more frequently than we can remember, and green sections seem to have a very consistent, soft lean to almost suggest being structured to follow a formula. The actual bunkers are very large in general and, not surprisingly, more effective when used sparingly. Water is a dominant feature throughout the 10-18 and 19-27 nines, as well as the par three course. With the exception of the 14th hole, the wetland areas rarely pinch golfing corridors too uncomfortably although they equally seem to only rarely provide an exciting challenge.

Better holes across the course are generally within the elevated southern sections, as well as the likes of the 15th and 16th nearer the Yarra river. The couch fairways and bentgrass greens are typically kept in excellent condition, and the practice areas are both substantial and popular with members. Unfortunately they occupy some of the best golf land on the property, used for practice because of an apparent need to squeeze the maximum number of holes out of the site and, therefore, to use more of the flat flood-prone sections.

While the Eastern Golf Club can expect to remain on sound financial footing for many years to come, some in the industry are sure to question whether the club’s principal asset, its golf course, might have turned out differently with a different approach to design, or indeed a different designer in charge. Remembering that, the club originally engaged Greg Norman’s company while it still had Bob Harrison and an Australian office, and in preference to other shortlisted candidates like Tom Doak and Tom Weiskopf. 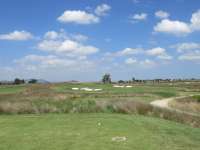 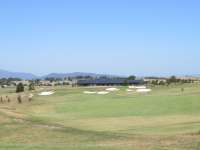 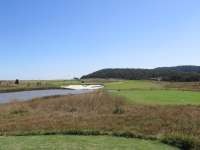 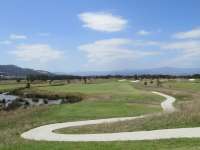