An attractive private club in the Perth suburbs, the WA Golf Club was originally designed in 1928 and bunkered by Victorian golf designer Alex Russell a few years later. In truth little remains of Russell's work here, as the subsequent years have seen continual changes and 'improvement' by a number of architects and course superintendents. From the outside it appears that few have succeeded, as this is a somewhat confusing and disjointed layout across what could be described as attractive golf country.

The more undulating back nine occupies some of the highest land in metropolitan Perth, with the view from the 12th tee across to the city itself one of the best in the area. The hole itself works reasonably well, but the same could not be said of other short and mid-length par fours here, which are often over bunkered, or they either fight the land or are contrived to force players to lay back from the tee. The same is true of a couple of the par fives.

Despite these obvious problems, the course is generally kept in good condition thanks to its hardy Kikuyu fairways and Bentgrass greens. The bunkers are also quite striking, with some huge sweeping traps often featuring numerous bays. Sadly too few are properly sited to present challenging options to golfers.

The best holes at WA Golf Club are the par threes, particularly the gorgeous cross pond par three 9th, and nicely undulating par fours at the 13th and 17th. 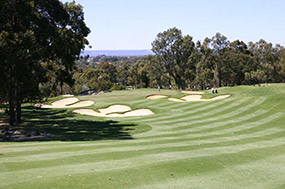 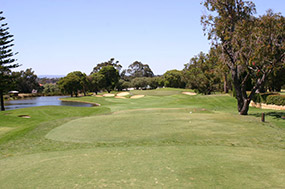 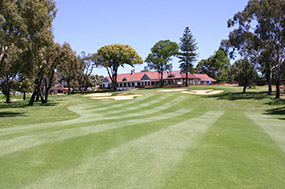 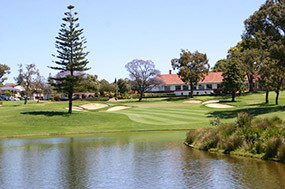