The Yarra Yarra Golf Club is a private members club. Visitors from Interstate or Overseas are welcome during certain periods of the week. Such visitors will need to be members of a recognised golf club, with a current membership identification card or a letter of introduction from the home club. Contact Planet Golf for assistance with tee times.

Like most of the major Melbourne Sandbelt clubs Yarra Yarra was born many miles away from the fertile golfing ground it currently calls home. Originally the Eaglemont Golf Club the name Yarra Yarra was adopted when a move to Rosanna, along the banks of Melbourne’s Yarra River, was made in 1898.

In the 1920’s, with the increasing popularity of the southern Sandbelt region, came the realisation that if the club wanted to retain members and receive championship credentials it would have to move where the sand was plentiful and the game was booming. An emergency meeting of members, convened toward the end of 1926, endorsed the committee’s decision to seek a new home close to the recently relocated, and thriving, Commonwealth Golf Club.

They picked a great location and an opportune time to move with the Alister MacKenzie trained Alex Russell able to design the layout and oversee its construction, for a nominal fee, as part of his architectural education. Russell believed the land at Yarra was superior to that at Metropolitan, Commonwealth and Kingston Heath and told members that it would be possible to make ‘the finest golfing course you could ever see on the land’. Dr MacKenzie, who had never seen the site, apparently used surveyor’s plans of the property to assist with the design by sending rudimentary sketches and ideas for Russell to implement. Little evidence of this input remains however and it would be unfair to deny Russell the credit for the finished product.

The superb greens and bunkers are the highlight at Yarra and as good as many of MacKenzie’s own creations. Typically large, fast and undulating, the greens feature some of the slickest slopes in Melbourne while the bunkers are constructed to blend naturally with their surrounds and are intrinsic to the strategy of each hole. Throughout Victoria, the best bunkers and greens remain those either designed by MacKenzie or built by the men he trained and Yarra’s are up there with the very best.

The par threes are world-renowned with the incredible 11th hole among the top few short holes in the country. Its notorious target is heavily bunkered and tilted across you from the tee with two tiers, four shelves and a heavy slope from the back. Any two-putt from above this hole is worthy of wild celebration. The natural subtleties of the land are also used to great effect with a number of outstanding driving holes, the best example being the par four 2nd (formerly the 5th) with its crested fairway dipping and rising again toward a large sloping green visible from the tee. The bunkering of the last third of this hole is quite brilliant.

Though the design of each hole has evolved through the generations much of the routing has remained essentially untouched. Early committee’s made the most significant changes when they planted rows of Pines, Wattles, Gums and Eucalypts to line fairways and define the holes. In later decades, structural changes were needed to protect neighbouring properties while a few greens, most noticeably the 5th, 8th and 10th, were reshaped. Among the more interesting on the course, the steep slopes on the 5th and 8th in particular were softened to allow the club additional pin positions. More worrying were subsequent changes made by English architect Martin Hawtree in 2010 and 2011 to the 5th, 6th, 7th and 10th holes. The 5th, in particular, was a poor change that improved safety along the northern boundary but turned a once charming and strategic short par four into a one-dimensional test of accuracy.

Recognising that the greatest concern at Yarra Yarra was tree and bunker management, along with a variety of design styles apparent across the layout, the club engaged Renaissance Design in 2017 and mercifully started to restore the lost character of Russell's work and his lost design features. Unlike Metropolitan, which also has many trees, Yarra is quite cramped and sixteen holes run in a North/South direction. Selective tree clearance has opened up long views across the site, and helped to emphasise the intelligence of his routing and the boldness of even the more subtle features.

As a result it's a terrific test of golf once again, and full of fun challenges that seem able to continually lure the golfer into taking undue risks. As with a course like the nearby Commonwealth, Yarra's great strength has always been the tremendous variety of design on offer around its greens, and the fact that world-class holes like the 2nd and 11th are complimented by other classic Sandbelt gems such as the short par three 15th and the long par four 13th. The risk/reward par five’s are also memorable with the tight 9th fairway slanted toward a series of bunkers and requiring two brave shots to reach the green, while the delicate 16th is easily reachable for the modern golfer but protected by menacing bunkers.

Note: Since engaging Renaissance Design the club has altered the sequence of its first six holes. The old 6th is now the 1st hole, followed by the old 5th, 1st, 2nd, 3rd and 4th. 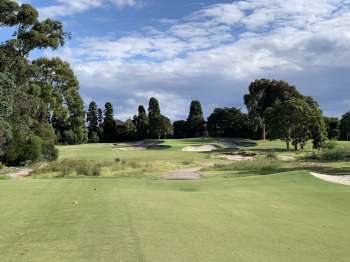 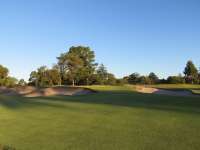 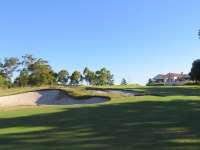 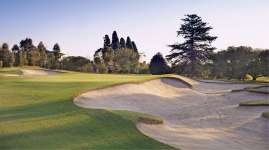