To many outside Canada, prior to the 2012 opening of Cabot Links in Nova Scotia Rod Whitman was best known as one of the go-to shapers for the design team of Coore & Crenshaw. His skills on a piece of machinery were legendary, but his design nous was largely unfamiliar beyond his home country. What Cabot did was not only raise Whitman’s profile, but encourage interested golfers to seek out some of his earlier projects. Of those none are more enjoyable for regular play than the Blackhawk Golf Club.

Southwest of Edmonton and set beside the North Saskatchewan River, Blackhawk is an understated layout built largely across a broad, wooded meadow. While the later section down nearer the river is the natural attraction, Whitman’s great success was tying the disparate landforms together and designing a set of varied and strategic holes that flow seamlessly. The fact his early holes through the housing areas don’t disappoint says something of his work here.

What gives Blackhawk its uniformity are its broad fairways, contoured greens and cunningly positioned bunkers. Whitman’s focus is clearly on width, approach angles and playing strategy. He employs central traps beautifully on a couple of front nine par fives and back nine par fours, while also building greens with deep sand hazards to one side and nasty run-off areas to the other. Standout holes include the downhill par three 3rd, the multioption 7th and water carry back nine threes at the 12th and 16th, the former with its green angled nicely to the left and the latter played to the base of a craggy hillside.

Whitman is not the sort of designer to seek acclaim, but his recent courses have brought much attention. Those wondering if his work away from the coast is as interesting as his work along it need only visit the likes of Wolf Creek and Blackhawk to discover the answer; it is. 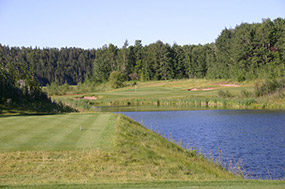 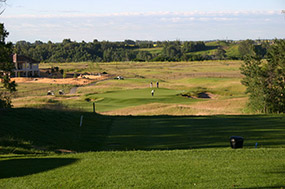 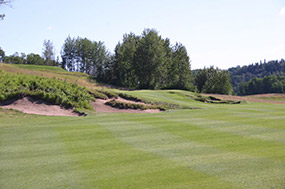 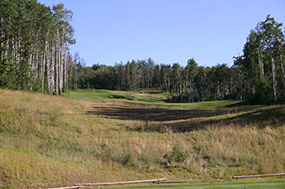