A short drive from the Beijing International airport, the Jade Island International Golf Club was designed by Tony Cashmore and first opened for play during the Olympic Year of 2008, with an official opening the following summer.

Built on what was initially a flat and unappealing wasteland, Cashmore's primary task here was to make the golf visually and strategically appealing despite the virgin terrain being poor and the site a little tighter than ideal. There were also the mandatory lakes, creeks and waterfalls to incorporate as well, with Cashmore's work making these look part of the original landscape among the highlights of the project. The scraped, irregular bunkering and tight, flowing greens are also well handled, with the best holes generally being those with attractive fairway bunkers and interesting putting contours. Those that work less effectively are where the landing areas are pinched artificially such as on the 6th, a bold par five cut by blind water hazards, and the 7th, a lovely rolling par four that seems unnecessarily tight from the tee. Thankfully there are enough solid fives and mid-length fours here to make a round enjoyable, as well as a couple of pretty par threes, although, in truth, the golf doesn't really reach any great heights.

Golf courses in China generally struggle to excite seasoned golfers, and while Jade Island isn't Cashmore's best course, it's good for this part of the world and a reasonable result considering the original piece of ground and the modest budget available for construction of the course. 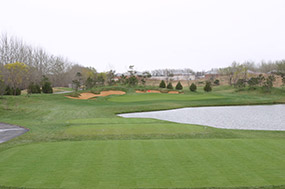 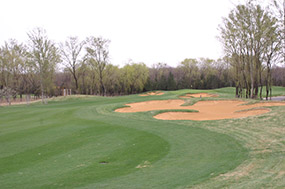 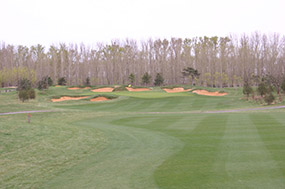 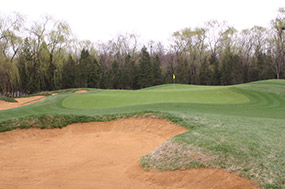