An interesting older club situated midway between Shenzhen and Dongguan, Long Island is home to 27 holes designed by American J Michael Poellot. There was a fourth nine here in recent times that opened for several months before the government shut it down for not having been built with a proper license. The remaining nines are known as East, West and North, and were first opened in 1997.

Despite being known for its excellent turf and nice, mature trees and gardens, the three older nines at Long Island haven’t aged particularly well, and are quite badly dated in many ways. They feature plenty of drab 1980s style mounding, shallow bunkers and have evolved some strange mowing patterns, where you’ll sometimes find rough areas through the middle of the fairways. Presumably this is done to prevent better golfers hitting too far or making too many birdies. None offer much by way of interesting golf, although they are certainly not the worst in this part of the world.

Of the three nines the West is set partly beside a large lake and quite flat, while the others get higher into the terrain and rise and fall to more dramatic degrees. The grass-faced bunkering is often employed haphazardly and best when used sparingly through the fairways. The greens have some sound contour and movement, but again fail to reach any great heights. Better holes are those that bend with some natural movement, such as North 4 and East 3, which won’t ever win design awards but will hold your attention from tee through green.

Long Island is a fine club with friendly members and some excellent people in charge of operations. The golf is sadly average with too many anti-strategic holes and others that are really simple to play for good players but torturous for regular Chinese amateurs. On the positive side, the land is reasonably good and the routing solid. With a sensible spend of a moderate redesign budget you could, therefore, turn this into a very good layout. 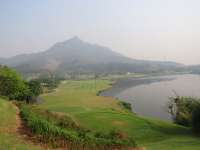 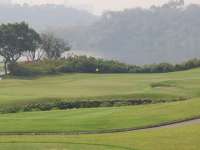 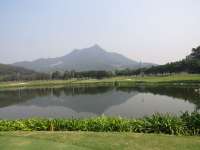 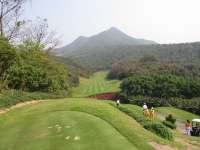