Two of the more conventional and consistent tests at the resort are The Preserve and Meadow Links, side-by-side and squeezed between Stone Quarry and Lava Fields. Both are solid tests, with a number of impressive holes and a more traditional appearance than their nearest neighbors.

Sadly on a project this scale, with so much happening and happening quickly, you can’t afford to sweat the small stuff, even though it’s often minor details that make a major difference and help elevate courses to a higher standard. There is no doubt that Lava Fields and Blackstone are the flagship courses at Haikou, and equally that both Meadow Links and The Preserve would have benefitted from the same level of care and attention as their more famous siblings. In terms of individual hole quality, The Preserve is slightly more consistent, though both layouts are best recommended for a number of impressive par threes. The Preserve was designed in a more modern style, with its rounded grass-faced bunker edges and sharp putting tiers and swales. The best stretch of holes on the course is from the 9th to the 14th, with three very fine short holes standing out as the most memorable. The 9th is an angled par three played across a series of diagonal traps, while the 11th is a stunning hole across a quarry and the 14th a gorgeous short three played into a steeply tiered plateau green fronted by a formidable central bunker.

The short holes on Meadow Links are equally memorable, particularly the 5th with its staggered bunkering and the Redan shaped 13th. Other high points include the heroic lava carry approach into the 4th green, the multi-route short par four 16th, split by a massive church pews bunker, and a nice gambling par five closing hole, that ends alongside a dark lava wall. 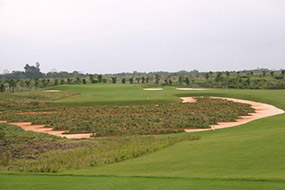 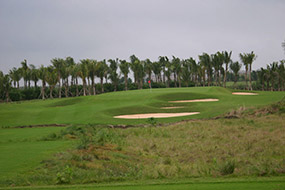 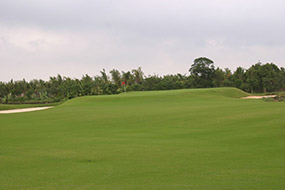 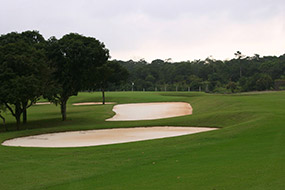