Less than an hour from the Hong Kong border, Mission Hills Shenzhen is an enormous resort and residential development with twelve golf courses spread over three sites between the relatively affluent Chinese cities of Shenzhen and Dongguan. Though each course is named after a prominent golf identity, such as Jumbo Ozaki, David Duval, Ernie Els, Annika Sorenstam and even teaching professional David Leadbetter, ten were actually built by the Schmidt Curley design team. The exceptions were the original World Cup Course, by Nicklaus Design, and the Norman Course created by Greg Norman and his lead designers Bob Harrison and Harley Kruse.

The Norman Course is a brutal test of golf and part of the five-course complex at Mission Hills’s Dongguan site, which was built after the original Shenzhen courses had been completed. All told a staggering 180 million cubic meters of dirt was moved to build the resort, with much of that earthwork used to remove a series of hills and steep valleys on the 2,000-acre Dongguan property. These earthworks were master-planned by Brian Curley, and essential to provide the space required for ninety holes of golf.

Once the Dongguan site had been cleared, Norman’s team apparently had their choice of available land and for the Norman Course they selected the dramatic higher ground with its rugged slopes and remnant ridges and valleys. The more open front nine hugs a series of hillsides and tends to meander across the more expansive undulations, whilst the tighter back nine is mostly set down within the narrower valley floors. The entire course is surrounded by heavily forested mountain slopes, which work well to create an attractive backdrop for the golf.

Although clearly the most difficult course at Mission Hills, the Norman is also the most attractive. The use of thick native grasses to contrast the pristine playing surfaces is aesthetically effective, as is the use of deep, splashed sand-faced bunkering to protect landing areas and green complexes. These bunkers are a feature of the Norman design portfolio from this period.

Arguably the best nine on the course, the opening holes are the most flexible and use the nicest contours on the property. A number of crests and subtle ridges are incorporated into the fairways while the tricky greens are either built on soft plateaus or feature false fronts and short-cut fringe areas that allow for a variety of recovery shot options.

Obvious front nine standouts include the dramatically bunkered par five 7th and par four 9th and the twisting, turning three-shot 8th. The long, protected par three 6th is another solid hole that most golfers will enjoy. The same may not be true of the short 4th, unquestionably the most intimidating and most controversial hole on the layout. Measuring less than 150 yards from the back tee, the slender kidney-shaped green here is completely surrounded by trouble. The putting surface is perched precariously atop a narrow ledge and benched between a large knoll on the right and a deep ravine on the left. Missing on either side is a recipe for disaster.

There are several holes on the back nine as well that are probably a touch severe for the caliber of golfer who generally plays here. The hills are a little steeper and the valleys available for fairways much narrower. As a result the playing areas on the back nine are much tighter than the front, and more penal. Many holes are also bunkered aggressively to further strengthen the challenge. Examples include the anorexic 14th and 15th holes, both cut through hills and bunkered to force the better player to lay-up but leave the average golfer still needing to pierce two tight hills with a driver to keep the ball in play. The par five 18th is also uncomfortably narrow, as is the strong par four 12th, which doglegs around a tropical plantation that has grown to now obscure the green site from much of the fairway. Better are the two par three holes and the strategic mid-length 10th, with its green saddled off a hillside and set attractively beyond a creek.

Despite some concerns with the sheer difficulty of the Norman Course, this is a pleasant place to golf and the nature of the terrain, combined with the surrounding countryside, make it an especially enjoyable test for accomplished players. 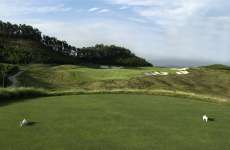 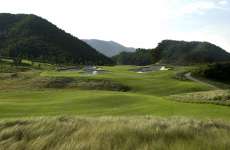 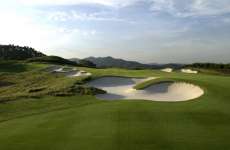