The original course at Mission Hills was the Jack Nicklaus designed World Cup course, one of the better Nicklaus tracks in this part of the world. Despite being full of 'signature' Nicklaus moments, the layout are well built and its best holes are outstanding. One such gem is the 4th, a strategic par four that ranks among the best Nicklaus has created. Others, like the narrowing water-side par five 16th, are less effective as flanking hazards effectively constrict the player and prevent him hitting the sort of aggressive shot the designer must have desired. This course hosted the 1993 Dynasty Cup and following the event it was made longer, tighter and in the case of the 16th, less interesting for the average hitter.

Despite its issues, the World Cup course at Mission Hills is a significant venue in China. Pleasingly most of the shaping here was done internally, with dirt pushed to create interesting driving zones rather than left as mounds on the side of fairways like at so many other Nicklaus courses. The result is attractive golf and challenging driving holes, aside from the 4th and 14th, which are outstanding, the 3rd, 6th, 7th, 9th, 11th and 17th are also very good, and only short of the top shelf because of overdone bunkering or green contours. 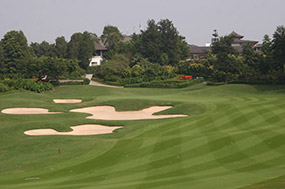 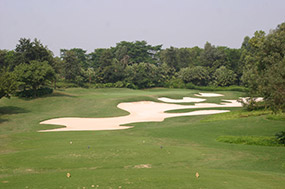