Born on the ancient farming grounds of Wigton Moor outside of Leeds, the Alwoodley Golf Club was formed in 1907 by fourteen businessmen including a local doctor named MacKenzie, a headstrong character who acted as the club’s first Secretary. During preliminary planning for the course Dr MacKenzie, who had nurtured an ambition to design golf courses ever since serving in the Boer War, sketched out his own design ideas and a routing map that was later shown to the renowned architect Harry Colt when he inspected the site. Colt was apparently pleased with MacKenzie's plan and approved its use, the doctor then staying on to oversee construction and later becoming a partner in Colt’s thriving design business.

The site itself was a thin strip of rural farming land, gently rolling and still covered in agricultural furrows that dated back to medieval times and remain evident on several fairways. A fan of St Andrews, MacKenzie’s routing is similar with the course laid out in a single loop that curves at the far end, though his holes regularly cut back across the site to break up play and experience the winds whipping across the Yorkshire Moors from a range of directions. Aside from an extension to the 10th and a new 11th, both suggested by MacKenzie, the course in play today is remarkably close to his original sketched plan.

A consistent and attractive journey, the layout’s better moments include a short downwind par five at the 3rd, a long headwind par four at the 4th, the innocuous looking but beautifully bunkered 5th and the three-shot 8th, which doglegs across a nasty patch of heather and sand set well back from the target to dictate your strategy for the approach. The uphill par three 11th is another highlight as is the Redan-like 14th, heavily contoured 15th green and sunken 17th, its target blind beyond a slight crest. The 10th is also noteworthy for its big left-slinging drive, which is similar to the shape of shot required from the famous 13th tee at MacKenzie’s Augusta National. The second half of the hole then drops across a gully where the original hidden green was first built.

Those familiar with MacKenzie’s best work in America or Australia will find familiarity in his holes here and in particular the cunning bunker placement and clever greens that are tilted or tiered to provide strategic advantages to certain driving decisions. During the 1990’s, with parts of the course looking tired, the club embarked on one of the most successful restoration programs in Britain, altering little of the design but instead focusing on selectively clearing trees to restore the original open heathland character of the site. This also allowed the club to restore long suffering heather areas while some much needed championship tees were added to maintain the relevance of the holes. One suspects the good doctor would approve of this faithful ‘back to the future’ type approach to restoration.

Though MacKenzie’s philosophy was born before Alwoodley was created, his sound design principals and techniques were first tested here and it was this work that won him the design job at the neighboring Moortown Golf Club and from there onto a career as successful and profound as any in golf. 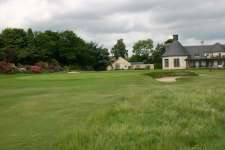 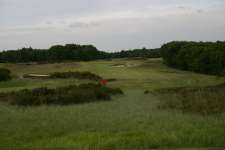 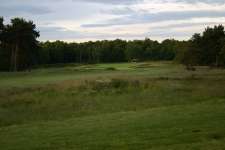 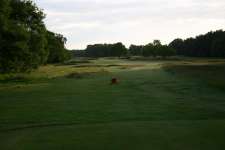 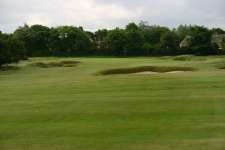