East Devon is a Members Club, founded in 1902. Over the years the club has continued to invest in and improve the course and golfing facilities for all members.

Prior to 1902, golf had been played around a nine hole layout on the far side of the town of Budleigh Salterton, on the east bank of the River Otter. Although commanding similarly attractive views to those we now enjoy, there were problems with the course at that location, not least of which were the lack of a full 18 holes and the difficult access. Bear in mind that transport in the late 19th and very early 20th century was somewhat different from what we all now take for granted.

The New Club was formed on the 31st March,1902, Charles Edward Pine-Coffin, the newly-formed club's first captain, drove off the 1st (now 3rd) tee to officially open the new course and club.

Throughout the first 25 years of its existence the course underwent several changes. The club Secretary, Mr R.C. N. Palairet, with help from Herbert Fowler of Westward Ho!, began work on improvements to the course, giving us pretty much the layout we play today. The famous golf course designer of the time, Harry S. Colt, completed the work, and during the 1920s and 1930s James Braid was largely responsible for the continued development of the course, including the current 18th green.

Regarded by many as one of the finest courses in the region, the golf course measures 6,297 yards and possesses some tight drives with a challenging par of 70 (sss71) and a par of 74 (sss74) for Ladies. The course is a good test of golf.

If you enjoy golf by the sea, fantastic views and the softness of heathland, it is well worth a visit. 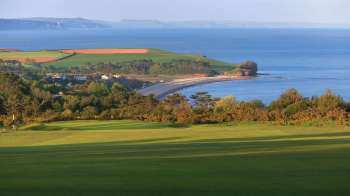 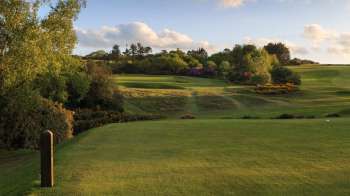