Situated in a heathland and woodland setting just one mile from the centre of the historic city of York, Fulford Golf Club remains one of the best inland golf courses in Britain.

Twenty three consecutive European Tour events in the 1970’s, 80’s and 90’s firmly put Fulford on the global golfing map, and the list of winners at Fulford includes an array of Ryder Cup Players & Captains and many Major winners.

Originally founded in 1906 by Major WH Key at Water Fulford Hall, the Golf Club moved to its current site in 1935, after the land was identified as suitable for golf development, by leading architect and five times Open Champion, James Braid.

The course was planned and constructed by Major Charles MacKenzie, the brother and business partner of the now legendary Dr Alistair MacKenzie who designed Augusta National and Cypress Point.

The course and club house remain very similar to the original construction in 1935, however additional length added to the course over the years, and extensions and improvements to the clubhouse now provide the club with an historic feel which meets the demands of the modern day golfer. 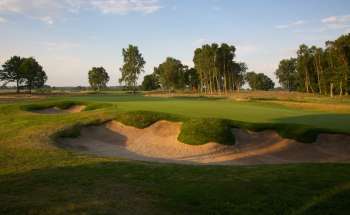