One of England’s most distinguished clubs, the Notts Golf Club was founded in Nottingham back in 1887, its early members golfing on common ground they shared with two other clubs. With its council landlord threatening to turn part of the layout into a cemetery, the membership soon decided to seek its own home and in 1899 stumbled upon vast heathlands at Kirkby Forest owned by local Ecclesiastical Commissioners. Though its undulating sandy soil was deemed ideal for golf, the site was fourteen miles north of the city and members only narrowly voted in favor of the move. Willie Park Jr was then contracted to design an eighteen-hole layout which, until the property was purchased in 1924, the landlords insisted could not be used on Sundays.

Dubbed Hollinwell, after a natural spring or ‘Holy Well’ found beside the 8th hole, the Park course opened in 1901 but was altered the following year by J.H. Taylor and club professional Tom Williamson, the pair adding bunkers and also lengthening it considerably in preparation for the new rubber-cored ball. Williamson, who also served as head greenkeeper, later added the opening three holes on land leased west of the club’s snaking entrance road, while both Frank Pennink and Donald Steele have advised on minor modifications since the 1960’s.

The perimeter of the Hollinwell course is dominated by large bracken and pine covered hills whilst the internal holes are beautifully cut through paddocks of pink fescues, with heather and a variety of gorse also prominent. From flattish heathland to woodland and then onto the back nine where holes play through valleys and up into some of the sites larger hills and ridges, the rich variety of terrain is impressive.

Notts begins with Williamson’s three fine western holes before moving over the driveway and onto the gently rolling moorland of the remaining outward nine. Early standouts include the clever par five 3rd and the strong two-shot 2nd, which bends into a green nestled beneath a pair of pine hills. The quality increases slightly from the partially blind 10th, with both the 11th, played up through a slender valley, and the wild 12th, which heads along a ridge and across two deep depressions, among the back nine highlights. The next, a long par three down through a gorgeous fescue vale, is the prettiest hole on the course while the most fearsome is the two-shot 15th, its long approach rising into a narrow saddle through the hills to a tiny green with a steep false front. The short par four 16th is also very good, as are the beautifully undulating three-shot 17th and the tough par four finishing hole.

Although the bunkering is not as severe as other northern inland classics like Woodhall Spa and Ganton, the course is well defended by its length and the thick fescues that attractively line its tight fairways. In many ways Notts was ahead of its time, its charming layout was built long and more than a century later continues to provide a relevant challenge to good players and still bring pleasurable enjoyment to the average member. 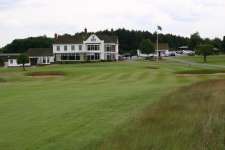 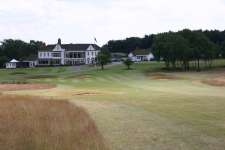 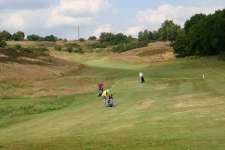 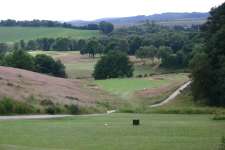 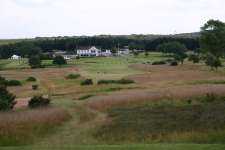