Situated in the beautiful Cheshire countryside just 15 miles south of Manchester on the outskirts of Macclesfield, Prestbury Golf Club is a Harry Colt classic ranked in England's Top 100 Courses.

The course makes the most of the dramatic changes in elevation afforded by the hilly terrain. The nature of the site coupled with the sandy subsoil means that the course drains exceptionally well and, unlike many others in the area, hardly ever closes due to heavy rainfall.

We take great pride in describing ourselves as a true, traditional private members’ Club. Our focus is on golf and delivering the best possible service to our members.

Harry Colt is credited with the design, construction and remodeling of over 300 courses worldwide. These include some of the most famous layouts in the world such as Pine Valley, Muirfield, Royal Lytham and St. Anne’s, Sunningdale New Course, Swinley Forest, St George’s Hill, the Eden Course at St. Andrews, Wentworth (East and West Courses), Rye and Royal Portrush. Colt apparently saw it as his primary task to work with the curves of nature and to make courses appear part of the existing countryside. Founded in 1920, his work at Prestbury does just that as the course makes the most of the dramatic changes in elevation afforded by the hilly terrain. The nature of the site coupled with the sandy subsoil means that the course drains exceptionally well and, unlike many others in the area, hardly ever closes due to heavy rainfall.

Colt's partner (along with Charles Alison) was Dr Alister MacKenzie whose course designs span four continents. He is a member of the World Golf Hall of Fame. He designed more than 50 golf courses including 3 that remain in the 2016 top 10 golf courses in the world; Augusta National Golf Club and Cypress Point Club in the USA, and Royal Melbourne Golf Club (West Course) in Australia.

The layout at Prestbury is outstanding, especially when considering the comparatively small scale of the site. The back nine is routed around the front nine in a horse shoe like fashion with the 6th green and holes 7 and 8 being the open ended part of the shoe. Interestingly, the back nine covers the highest part of the property at the 10th tee and lowest part at the 12th green with an ease few architects could match. While the walk back up to the clubhouse involves some gentle climbing it never requires a long green to tee walk. In 1934 Colt said of Prestbury “Owing to the natural formation of the ground, the golf is, in my opinion, very interesting and the variety provided is excellent as every hole presents some distinct feature of an impressive character”. 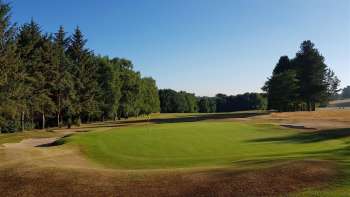 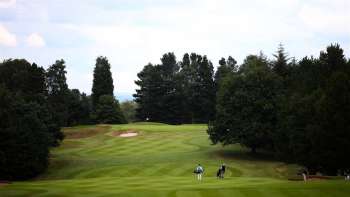