Established back in 1887, the Royal St. George’s Golf Club was primarily founded by quality deprived London golfers looking for somewhere relatively close to enjoy a seaside links. The driving forces behind the club and its search for a suitable home were Scots Dr Laidlaw Purves and Henry Lamb, who scoured the English coastline east from Bournemouth until finally stumbling upon a vast expanse of tumbling dunes located between the picturesque town of Sandwich and the sea.

A scratch golfer, Dr Purves created the club’s first links with the current layout still following the general direction of his holes and most of his greens and tees still evident even if no longer in play. The Purves course was originally quite short and his holes have been lengthened considerably since the early 1900’s, when the new rubber-cored ball first made them inadequate. Frank Pennink made significant alterations during the 1970’s, removing the blindness of the 4th and 14th fairways and adding new holes at 3, 8 and 11. Prior to the Open Championships of 1981 and 2003 Donald Steele was responsible for a half dozen tee extensions, the removal of some further blind aspects and the shifting of the famous 14th green closer to the out of bounds fence.

The resultant layout is one of the more demanding, yet interesting, in the British Isles with eighteen strong holes, running to all points of the compass, and some of the most intricate green shapes in golf. Totally natural, the greens often feature steep false fronts that make both the aerial and ground routes treacherous but ensure the chipping and pitching options are endless. As much as the modern Sandwich is long and difficult, the primary facet of the challenge it provides is still the crumpling, bouncy fairways which are notoriously hard to hold and continually surrounded by deep impenetrable rough areas. The key to playing well here is to accept that good drives may bounce off a straight axis into the light rough and work instead on getting your approach shots into par saving positions and avoiding cardinal mistakes like going left on the 4th, 7th, 9th, 11th or 15th. These greens along with the fine finishing trio and the gorgeous front nine dunes are the highlight of a course with at least ten or twelve outstanding individual holes.

Although it may sound cliché, Sandwich truly does test all elements of your game. The stances within fairways are rarely flat and even, the wind is a constant factor and the variety of shots demanded of each player, both from the tee and around the greens, ensures that no aspect of your game is left unchallenged. There is no denying that the layout is highly unconventional, but to those who accept that unusual bounces, half-par holes and indirect routes to flags are part of their sport, it is also thoroughly enjoyable.

Whether you base the quality of a course on the individual standard of each hole or the collective strength of all eighteen, Royal St. George’s is arguably one of the finest links in the world with a stack of great holes and the most fascinating collection of greens in England. 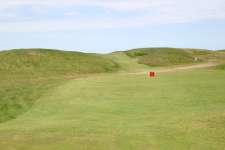 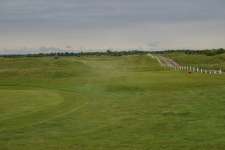 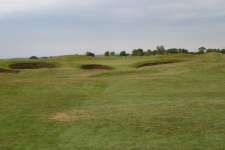 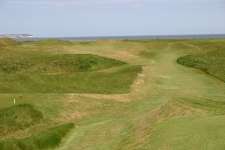