The prettiest, and possibly the best, of all heathland courses in Great Britain, St George’s Hill was the vision of a builder, George Tarrant, who in 1911 purchased almost 1,000 acres on St George’s Hill in Weybridge, and then conceived of one of the world’s earliest golf and residential developments.

From a golfing perspective, Tarrant’s decision to include a course within his estate was a godsend, as the sandy property was covered in a rich carpet of the purple heather and stately pines that around this time came to characterize quality inland golf. More importantly, it was full of the sort of dramatic natural contours that most courses in this part of the world only show glimpses of. His choice of Harry Colt as architect was also inspired and following almost two years of substantial tree clearing, the master designer set about constructing his holes through the dense woodland.

Full of outstanding moments, Colt’s classy routing rolls up and over steep hills, ridges and ravines with hard running, rumpled fairways and cleverly conceived greens that are quite large yet interestingly often seem to have small target areas when approached from the wrong angle. Rising up through an attractive valley, the first hole is a magnificent start to the round and features a fabulous green saddled atop a crest. The 2nd is even stronger, its drive is blind over the brow of a hill and from a hanging lie the approach crosses a stream and heads toward an elevated target. The start of the back nine is just as impressive, the short 11th and wonderfully natural 12th are both excellent holes but dwarfed by the brilliant 10th, an all-world par four with a touch of County Down. First played blind across a heather covered hill, the approach is then semi-blind over a sandy ridge, cunningly positioned back from the green to kick the poorly struck shots into hungry gathering bunkers or leave them on the green’s higher level. The 17th also occupies prime golfing real estate and, like the 10th, has a partially obscured green with a parallel tier that makes it either tighter or more forgiving depending on your angle of approach.

Typical of Colt’s best work the course has a great set of par threes, though it is really the two-shot holes that set St George’s Hill apart from its Surrey neighbors. There isn’t quite the difficulty of a Walton Heath or the variety of a Woking, as holes tend to fall predominantly right-to-left across the landscape, but the individual quality of the par fours is truly outstanding. Of the short holes, the Redan style 3rd is a terrific test, as is the 11th which features a tiny target that shows little sympathy for those unable to strike a precise wedge. The 2nd hole on Colt’s Alternate nine is also very good, as is the picturesque valley 8th, despite losing some of its visual appeal when an enormous bunker cut into the upslope was broken into several smaller traps.

Despite its undeniable beauty, the most notable difference between St George’s Hill and other heathland layouts in the area is the grand scale of the undulating terrain and Colt’s brilliant use of the elevation changes within his design. Indeed if Swinley Forest was Colt’s ‘least bad course’ as the designer himself once noted, then St George’s Hill may well be his ‘most good’ one. 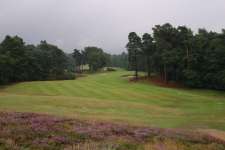 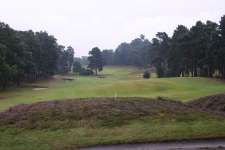 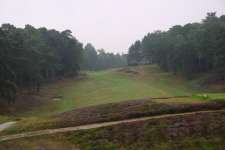 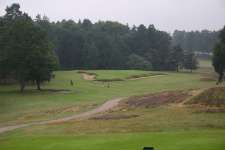 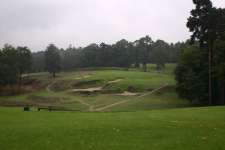