Located a little north of Bordeaux, and surrounded by some of the region’s famous vineyards, is the 36-hole Golf du Médoc facility and its outstanding Châteaux Course designed by Bill Coore and built by his friend Rod Whitman. Routed over fairly unremarkable terrain, the course is a superbly constructed and classically strategic layout with wide fairways bordered by gorse and thick indigenous grasses leading to clever green sites that are bunkered and contoured to substantially reward those able to drive closer to the hazards.

The strategic appeal of the course is apparent from the very first tee, the opening fairway split by central bunkers positioned to offer a much easier approach from the riskier right side. The back nine is particularly strong and includes a string of fine holes that climax with the tremendously original 18th. Divided by a diagonal creek and angled to reward bold lines, the 11th is followed by the best par three on the course, a perfectly bunkered flat par four and a beautiful short par five that sweeps around a nasty ditch.

In terms of both the approach and the appearance, the bunkering throughout the course is reminiscent of Dr Alister MacKenzie and some of his work at Royal Melbourne. Coore himself is clearly an accomplished designer and the best holes here, such as the brilliant 4th and 13th, are as good as golf design on dull ground ever gets.

Médoc is probably Europe’s most understated quality golf destination, and though it is sure to please design connoisseurs, in some ways it is surprising that Coore was allowed to design such a strategic course for this market, as many who play here are likely to miss its subtleties. 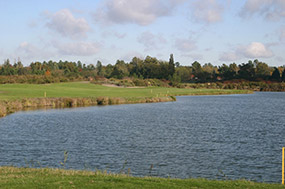 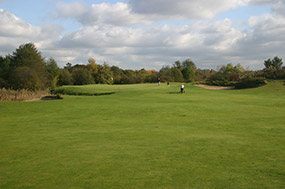 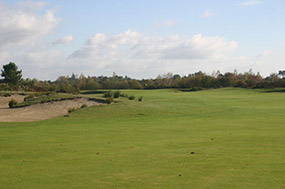