‘I am thrilled with the way the dramatic Belmullet Course has turned out and again reiterate my first opinion that ultimately there will be no better links in the country, or, I doubt, anywhere’ Eddie Hackett

One of golf’s true hidden gems, the Carne Golf Links was developed to increase tourism into the Erris region of Ireland’s Gaelic North West, and in particular its remote and economically depressed Belmullet Peninsula. About as far west as you can go on the mainland, the course was built on a heaving dunescape of immense proportions and was the last to be designed by Ireland’s ‘Mr Links’ Eddie Hackett, who designed a large portion of the country’s links and had an uncanny knack of finding natural golf holes on natural golf land. Here his fairways, tees and greens are all naturally sited on a property so full of excitement that deciding what to leave out, rather than what to include, would have been one of Hackett’s greatest challenges.

His layout features distinctly contrasting nines with the outward holes set over smaller sand ripples that overlook Blacksod Bay, and the homeward side winding through some of Ireland’s largest dunes and heading out toward the isolated Atlantic coastline. It is quite possible for the opening holes to be forgotten for the thrill of the back nine but its less overwhelming landscape tends to mask some very fine golf. The opener, for instance, is an ideal start, with a drive needing to bypass a small knoll that splits the landing zone and separates the aggressive and dangerous driving line from the safer, more conservative play. Also memorable are the unorthodox blind par three 2nd and the corrugated 3rd fairway, although the outward highlight is clearly the brilliant par four 8th, which features an attractive bowl-like target totally surrounded by massive sandhills.

Though the short par four 9th is another fun hole, the entire side is a mere prelude to the adrenalin rush of the mighty back nine whose sheer size and scale is only apparent once you have traversed the crest of the 10th fairway and stared down at a target framed by a dune ridge that rises more than 100 feet above the green. From this point Carne feels like pure fantasy, the remaining holes set among sand formations so high they seem to stretch into the clouds and dwarf the golf fields beneath them. In truth Hackett barely designed this part of the course, instead he let the land dictate play and merely uncovered playing corridors and green sites created by centuries of whipping winds and receding seas. Perfect examples are the back-to-back short par fours at 11 and 12. The second is a mirror image of the first with both holes playing down through a deep valley then bending at right angles around a gigantic hill before heading steeply up into a perilous green shelf.

Other wild moments include the par four 15th, which features some of the funkiest undulations on the site, and the plunging par three 16th with its tee atop an enormous sandy peak. The beautiful par four 17th is probably the toughest hole on the course as its fairway turns through a narrow valley en-route to a small kidney-shaped green that slopes toward a ravine and will only accept the most precise running approach. Another highly original hole is the reachable par five 18th, which collapses into a yawning chasm near the green from where that precious last-gasp birdie is virtually impossible.

Although the golf here never really gets right down along the coast and its views do not rival those of Doonbeg, Ballybunion or Royal County Down, Carne does boast some of the most exciting and natural dune holes in Ireland and is the sort of quality experience that only a designer with enough self control and experience to know what to use and what to leave alone could have created. Hackett himself once said that as a designer you are ‘only as good as what the Lord gives you in features’ and at Carne he was presented with such a stunning dunescape that it is no surprise this is his most significant creation. He was also convinced that it would one day be regarded as the best links in Ireland, a sentiment that on the surface seems to overlook the strength of its competition, but one that doesn’t seem half as absurd when you finally see this place.

Carne Update - In August 2013 Carne opened nine new holes, originally routed by American architect Jim Engh but finished by local designer Ally McIntosh. The Kilmore Nine, as it’s known, loops through some of the most spectacular dunes on the 280-acre property. As with the original 18-holes, the construction of the new holes was undertaken on a very small budget with works overseen primarily by a small and passionate local workforce.

Although the original course has its flaws, the place is wild, remote golf that you can’t help but play with a smile. The newer nine is a different story, unfortunately, and feels a little gratuitous in that it uses steep ground that Eddie Hackett ignored and seemingly for the purpose of showing off just how steep the dunes are. Playing dimensions don’t quite work for sensible golf, and a few of the greens miss the mark. The short par fours play sharply up or down hill, while the walk from the overcooked 8th green to the 9th tee is unacceptably long and torturous. Unless playing multiple rounds here, we suggest sticking to the original 18. 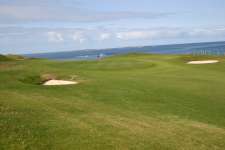 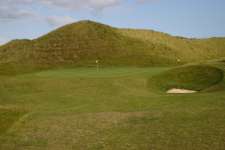 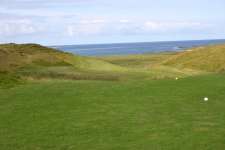 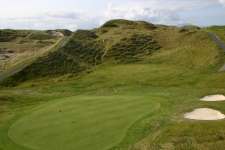 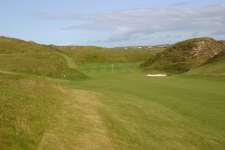 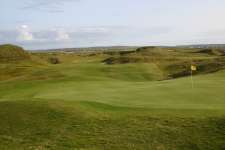 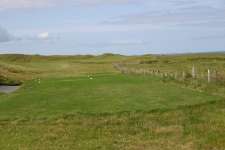 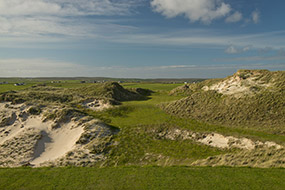 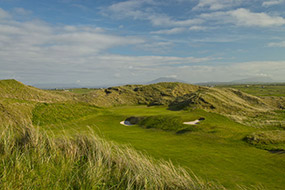 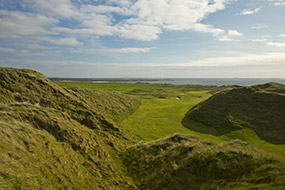