First opened in 1929, the 36-hole Kasumigaseki Country Club is significant as not only the proud owner of the richly impressive East Course, but also as the first club to adopt the two-green policy, a peculiar concept unique to Japan that clubs use to spread wear on their greens. Originally designed by Kinya Fujita and Shiro Akaboshi, the course was converted to two-greens in 1937 by Seiichi Inoue after an experiment by British architect Charles H. Alison and a local botanist to cultivate an evergreen bentgrass for the putting surfaces had failed.

Unlike the majority of the one thousand Japanese courses subsequently built with summer and winter greens, here they were an afterthought and as a result of land already assigned to golf holes the dual targets are generally smaller and the complexes more intimate than on other layouts. Strangely, however, there is no course in Japan where multiple targets work better either visually or within the strategy of the hole. Many holes boast two good greens, while only the 4th, 10th and 14th have one side which is clearly inferior.

Kasumigaseki East features a classic routing across parkland which appears quite flat but is not without nice golf undulation, each little break or bump in terrain being well used within the subtle design. From the slightly sidehill aspect of the opening tee shot through to the final valley approach, this is the most consistent test in Japan with barely an indifferent hole on the course. The design is surprisingly strategic given 36 greens dot the property, but with both targets often in fairly close proximity the reward for a good drive is an equally short shot or superior angle no matter which green you are playing to.

Very good regardless of its configuration, the East Course with all of its best elements combined is as impressive as the celebrated classics of London’s Heathland or Melbourne’s Sandbelt. A nice opening drive could be followed by fine approaches into the right green on the 2nd and either green on the 3rd. Left on the par three 4th is a fabulous target of Sandbelt appearance while the right green on 6, the crested par four 8th and right green on the short 10th, which crosses a deep ravine, are all terrific. From the 10th the layout gets a little back and forth but the holes remain solid and the right greens on 15, 16 and 17 and left green on the finishing hole are all excellent.

Golf in Japan is quite an experience and the quality of the classic courses is greater than one might expect. It can be dangerous, however, to recommend old clubs here, as holes are generally either good or poor depending on the greens being used. By contrast most of the better holes at Kasumigaseki East work well into either target, meaning the course can be endorsed with greater confidence. Although short by modern standards and internationally unknown, Kasumigaseki is a true Japanese gem and is a track that anyone with the means to play should. 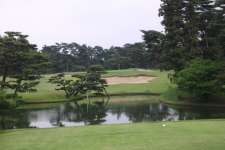 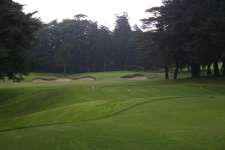 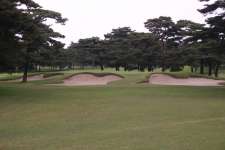 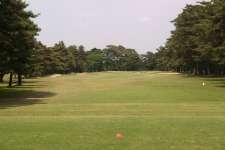