‘The scenery resembles that of the French Riviera, but at not a single spot between the Italian and Spanish frontiers can be found so superb a combination of sea, cliffs, trees and mountains.’ C.H. Alison on Kawana

The legendary Kawana Hotel was the brainchild of a wealthy businessman named Baron Kishichiro Okura, who was educated in Britain during the early 1900’s and returned to Japan to build an English style luxury retreat on his stunning Izu Peninsula property. Following work on the Tokyo Golf Club, Charles H. Alison holidayed at the Kawana hotel in late 1930 and was so overwhelmed by its beauty that he convinced the Baron he should build a world-class golf course on his dramatic site.

The land available for Alison’s course was on a rocky ledge high above Sagami Bay, with glorious views over the water to Oshima Island and Mount Fuji on clear days. Unlike cliff-top courses such as Pebble Beach or Old Head that boast uninterrupted views, here there was dense foliage separating coast from course, significant gradient changes and a wide variance in terrain. The result is an unusual dune, links and parkland mix which is saved by Alison’s brilliant design, exceptional fairway bunkering and a routing that takes full advantage of the landscape’s best features and is dotted with a number of outstanding golf holes.

Despite similarities with courses like New South Wales, Turnberry, Mid Ocean and even Pebble Beach, the truth is that Fuji is unlike any of the more famous tracks it is often compared to. The course opens well, from an elevated tee the first hole drops dramatically then rises again toward the ocean and is followed by a par four along the heavily wooded cliffs that falls across fine rolling ground. The 3rd is a short par five which turns sharply right and up a steep hill demanding those eager to get home in two cut off three deep bunkers on the inside of the dogleg. Fuji really starts to show its class at the superb 7th, a mid-length par four played across a series of ridges that cut the hole and hide a thin strip of fairway full of bumps and humps. The slender green then falls sharply to the right and in any sort of wind is a terrifying target to approach from anywhere other than the middle of the fairway. The next is an excellent par three while the 9th is a cool split fairway hole with a redundant right side but a brilliant left valley and another wonderful green.

On the back nine, the long and wide-open par five 11th is tremendous fun as it tumbles down toward a large tiered green framed by the sea and Kawana’s signature lighthouse. This touch of Turnberry marks the start of a magnificent run of holes that brings you back to the clubhouse along an elevated and undulating plateau. The 13th is a real gem with its green angled and bunkered to present great difficulty for those approaching from outside a narrow fairway corridor that is hard to identify within the larger landing area. The 14th is another fabulous hole that doglegs right around a deep bunker, the approach a beautiful shot through a swale and onto the raised green. Next up is the signature hole of the Fuji Course, a breathtaking par five played alongside cliffs and across a big rolling fairway. Plunging down from a lofty back tee, the aggressive drive needs to flirt with the sea and carry coastal forest to set up a decent line into an obscured green that rests in a depression and is dissected by a small ridge. Despite a number of terrific moments throughout the round, this extraordinary hole will provide the lasting memory of Kawana for most who play here.

Unfortunately like many layouts in Japan, the course is wall-to-wall Korai grass which is decent to play approach shots from but simply awful to putt on unless prepared in tournament mode. This and the ever-changing landforms are probably the only criticism of a course that thoroughly deserves its reputation as Asia’s finest resort layout. Regardless of whether you prefer the less dramatic consistency and superior turf quality of Hirono, or the boldness of Fuji holes such as 7, 9, 14, 15 and 17, a days golf at Kawana is a tremendous adventure and one that wont soon be forgotten. 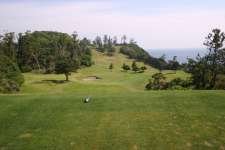 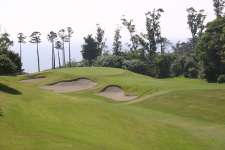 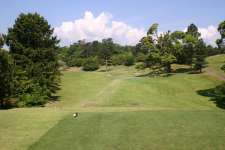 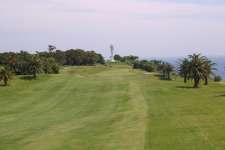 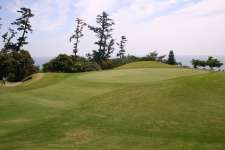 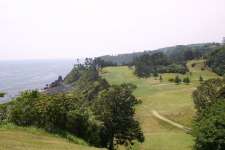 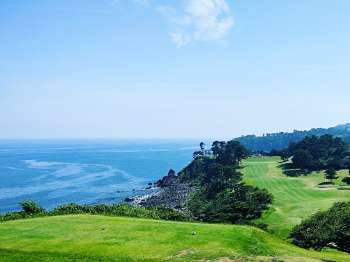 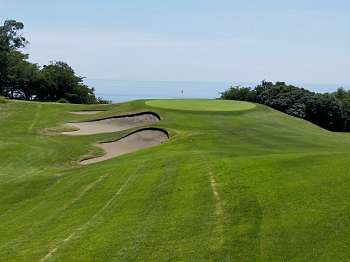