Situated 45 minutes outside Osaka, the Ono Golf Club is a delightful hidden gem built within rolling hills and beside an attractive lake. The course was built during the 1960s and designed by a local Japanese architect, who was clearly influenced by the best Western design philosophies.

The heavily treed site features mostly local plantings, with the front nine less undulating but still cut through some attractive woodland areas and touching the lake from holes 7 to 9. The back nine is more up and down through the hills, with some reasonably steep elevation changes but nothing unplayable.

Ono has several holes where a single Red Pine is employed within the fairway to dissect driving zones and provide options or alternate routes. While repeating such a practice is not ideal, the 4th, 7th and 11th all use internal trees cleverly.

The green sites here are generally well conceived and gently breaking, they aren’t extravagantly contoured but aren’t flat like Naruo either. The front-to-back aspect of the 2nd and 16th greens are terrific. From the tee this is an interesting and challenging course, it helps if you can move the ball and only the 3rd, 9th, 13th and a couple of narrow back nine holes lack real interest.

The par threes at Ono are all good, the 8th beside the lake is the only one not played across a valley or pronounced gully of some description. The 5th heads over a typically Japanese Pine garden to a well shaped target, while the 17th is a wonderful long par three played across a deep dam.

Also good is the lovely rolling par five opener, played across nicely rolling ground to a beautifully perched green site. What follows from this point is a very pleasant and enjoyable golf experience, the only real downers being the two closing holes, which are a little nondescript. The 9th is hurt by a lake that cuts the landing area on the second shot while the pond-side 18th is out of character with the rest of the course and a little anti-strategic from the tee.

The Ono Golf Club is one of Japan’s real finds and a genuine hidden gem for the Asia region. 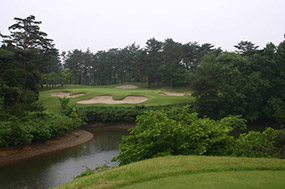 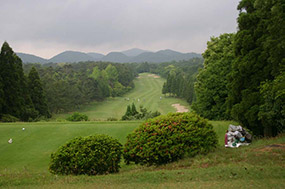 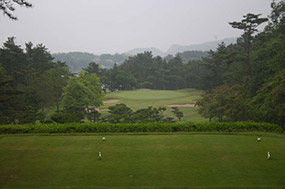