The Japanese like to think of the Phoenix Country Club as the Augusta of Japan, given its profile as a tournament venue and high standard of course conditioning.  The blinding white sand bunkers and tall pines also exude a sense of quality, but the differences between these two courses are quite considerable. Firstly, Phoenix CC is open for public play while, even more tellingly, it’s almost completely devoid of feature and outstanding design.

Aside from some interestingly shaped Pines within the fairways, this is a narrow, flat and lengthy course that is both monotonous to play and lacking in challenge for accomplished players. The Pine trees that line the fairways are certainly a constant menace, but straying here generally means a pitch back into play rather than the heroic recovery options you see continually at Augusta National.

About the biggest complement you can pay this course is consistency; no single hole is more or less interesting than any of the others. Herein lies the problem however, as there simply aren’t really good holes here and most of the longer ones are actually poorly bunkered or over-bunkered, traps typically narrowing tight fairways and generally only hurting those unable to reach greens from the layback spots. On several occasions, especially during the front nine, the sand pinches so tightly that only fools or the Moe Norman’s of this world would hit driver. The back half is less heavily bunkered, save for two short par fours, and home to the best golf on the property.

The greenside bunkering is more attractive and better employed as well, the traps are fairly deep but the lack of contour off the bunkers onto the green makes them reasonably simple for the really good players. The greens themselves are quite interesting, and feel smaller from the fairways than they are in reality.

As part of a massive resort now managed by Troon Golf, Phoenix Country Club is a popular golf destination for Japanese golfers and an interesting place for those who like to play the coursers where the game’s champions have won. It’s not a great course, but with some improved shaping and bunkering around the landing areas it could be really good. 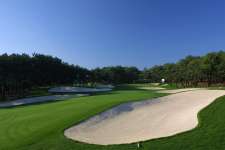 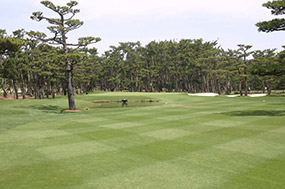 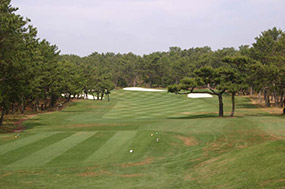 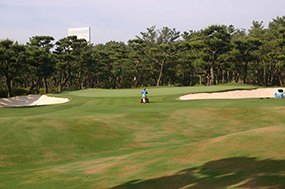