Situated within the Malacca Strait, adjacent Malaysia’s northwest border with Thailand, the island of Langkawi is a tropical paradise that boasts a host of natural and manmade tourist attractions. One such offering is the Els Club Teluk Datai, which could actually fit comfortable within either category.

Set against a pristine beach at Datai Bay, the Rainforest Course at The Els Club was originally built during the 20th century but redesigned by Ernie Els and his associates in 2014. The appeal of Langkawi is evident from your opening nine, with holes wedged between steep rainforest ridges that date back millions of years or pushed against the spectacular Andaman Sea. Unusually for Asia, the oceanfront holes are not compromised by Villas, hotels or any insensitive development.

Aside from amazing wildlife and the boundless beauty of its property, the chief attraction of The Els Club at Teluk Datai is the design itself, which is understated and notable for the complete absence of bunkers. Only Arrowtown in New Zealand can boast a full 18-hole layout as interesting and attractive as this one, without any sand traps. Where others might have compensated for the lack of bunkers by overcooking their greens, this design team gets credit for showing careful restraint and for building interest by pressing targets against a rocky riverbank or beyond subtle chipping hollows or clever swales. They also get credit for the fact the entire area by the sea is beautifully uncluttered.

Although the arrival experience at The Els Club is pleasant enough, the clubhouse precinct provides little sense of the golfing drama to come. There is a glimpse of water and an appealing mountain outlook, but it’s not until you are hitting toward distant peaks or staring at greens directly against the sea that you can appreciate the beauty of the site and the quality of this routing.

The coastline stretches little more than 500 metres here, but backdrops three excellent holes playing toward the Sea as well as another, the par three 17th, running right alongside the water. Each nine loops toward the coast, which helps to both spread the excitement and build the golfer’s anticipation throughout the round.

Among the feature holes are the 5th and 7th with their uninterrupted outlooks, the par five 8th, with its diagonal river crossing, and the beachside 17th. The 16th arguably boasts the most exciting backdrop on the course, but is so tight from the tee that only those accurate enough to hit a precise section of fairway are able to enjoy the approach.

Away from the water, the 1st, 3rd, 6th and 14th holes all have their charms, as do others where single specimen trees force the golfer to either chose to play safely or instead try to bend their ball. The variety of green settings is a feature across the design, along with a walkable routing and the playability of punishing the wayward driver whilst allowing for shorter, strategic hitting.

As much as this particular part of this particular island is drop-dead gorgeous, it’s really the mix of jungle and ocean terrain together with mountain and water views and a fun, choice-driven design that make The Els Club on Langkawi one of the more enjoyable courses in Malaysia. 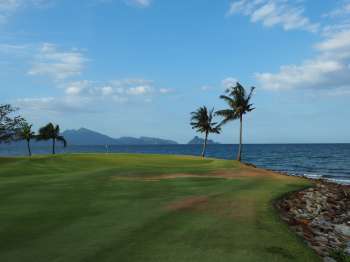 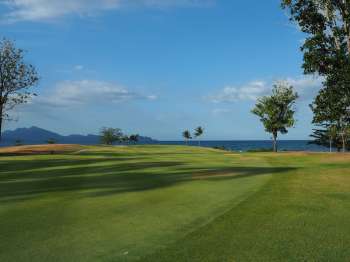 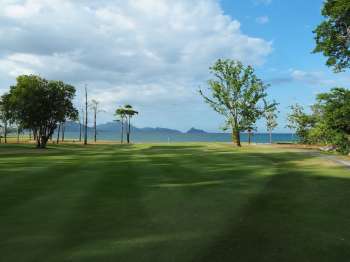 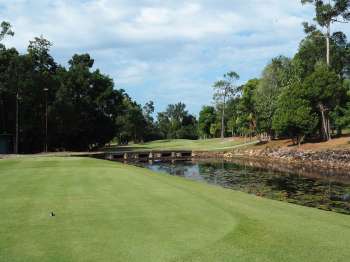 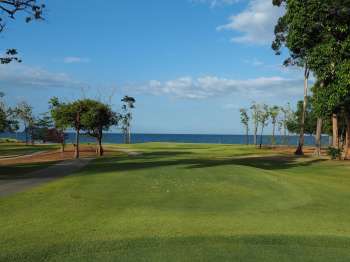