The Royal Golf Marrakech, favorite of the late His Majesty King Hassan II, is the second oldest course of the Kingdom. Some holes are legendary and full of history. Its exceptional vegetation provides a unique setting.

The Royal Golf Marrakech has 27 holes. The Old Course is the second oldest golf course of the kingdom and was designed initially by Gustave Golias and Arnaud Massy and opened in 1927, with four holes played by the Pacha of Marrakech, Hadj Thami El Glaoui Mezouari.

In 1928, Gustave Golias, golf champion and personal professor of the Pacha, completed the construction of the first 9 holes and a drawing for the next 9. Passionate about botanic, he also planted species who are now centenary and give to the Royal its garden gold reputation. In 1933, Gustave Golias and the famous Arnaud Massy, who is the first foreigner to win the British Open in 1907, remodeled the course to give its grace and elegance.

The most famous hole on the Old Course is the par three known as the "Brigitte Bardot", which was named by its Majesty, the King Hassan II.

The New Course (9 holes) was opened in 2008, and designed by two French designers, Gert Watine, a golf professional who was born in Morocco and architect Thierry Sprecher.

Our recommended accommodation partner in Marrakech is the Riad Dar Augusta, which is tailored specifically for golf groups and ideally situated in "la Khasba", near the famous Place Jemaa El Fna. Click here for more... 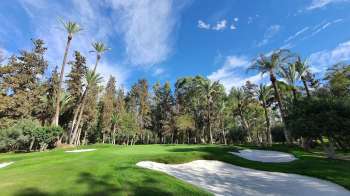 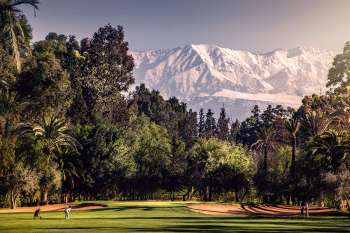 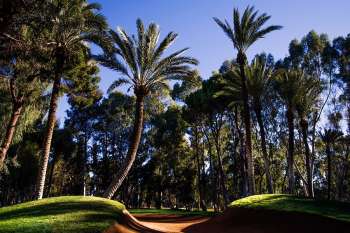 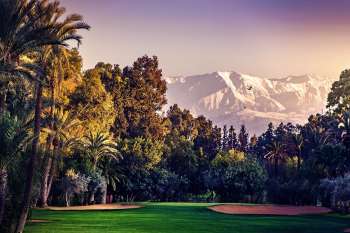