Said to be the southernmost links in the world, and potentially the southernmost 18-hole golf course in the world, Oreti Sands is located 10 minutes from Invercargill and was developed in the 1970s by local members of the Southland Golf Club together with Secretary-come-designer Sloan Morpeth. Morpeth, a native New Zealander, forged a design career in Australia through his work at clubs like Portsea, Peninsula and Commonwealth, where he acted as Secretary. His layout at Oreti largely avoided the heaviest dunes in the area, and instead followed a series of fascinating smaller ridges and contours. The greens were mostly set down on the ground and out of the wind, with natural movement and sparse bunkering enough to provide golfers with a stimulating challenge.

Unfortunately southern New Zealand is a tough market for golf, and despite its obvious quality the course at Oreti Sands was always a difficult sell for members at Southland GC. Struggling with declining memberships and low green fee revenue, in 2008 the club received a grant of around $500,000, which was mostly spent on a small redesign by local professional Greg Turner and his design partner Scott Macpherson. Turner and Macpherson added three new holes among the larger duneland, the 2nd, 3rd and 4th, and redesigned Morpeth’s existing 16th and 17th holes. While the newer terrain is attractive, and the 4th hole quite strong, sadly the new greens are punishing on approach play, busier in terms of shaping and somewhat out of character with the older targets. Each of the 2nd, 3rd and 16th greens, in particular, would have worked better with less movement and larger/lower target areas.

On the positive side, the dunes nearer the sea here are glorious in nature and the new golf gives a taste of just how special the Oreti beach area is. They also tie in well with the existing holes. The 5th now plays much longer than previously, but is a fine, challenging cross-wind par five with plenty of width off the tee. Following a couple of holes amongst a pine forest, the best Morpeth stretch starts with the long par three 10th and some charming up-and-back par fours at the 11th, 12th and 13th. Approaching the partly hidden 13th green is a particular standout, the target tucked nicely amongst some low rolling dunes. The closing holes are also memorable, despite the driveable 16th now offering little genuine incentive to attack from the tee.

In spite of the fact that Oreti Sands is clearly one of New Zealand’s best golf courses, the club has lost a staggering number of members and is on the brink of closure. Maintained by volunteers, the condition of the seaside turf is not ideal for links-like golf and the facilities are modest, but for pure fun and value for money, this still comes highly recommended. Our sincere hope is that readers interested in Oreti can visit and play the course before it ceases operations. 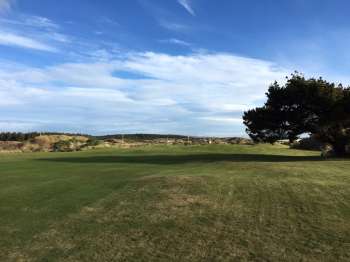 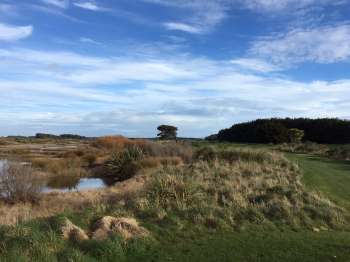 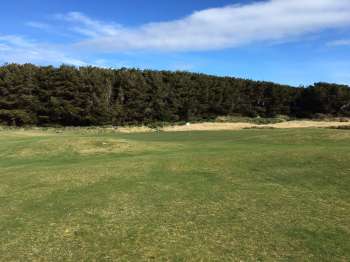 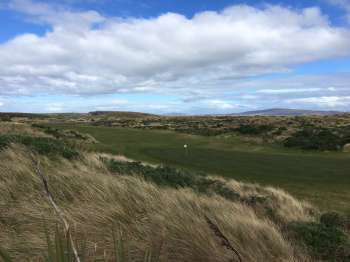 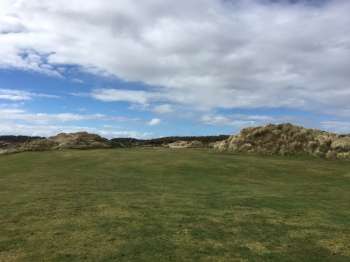