Originally built by a New Zealand governmental body, the Wairakei International Golf Course is a high-profile resort built on the border of the Wairakei forest near the charming lake town of Taupo on the North Island. Set over steeply undulating ground with a pine forest providing an impressive backdrop on the perimeter holes, the layout is noted for its unusual look and visual appeal thanks to odd bunker shapes, ponds and streams that all take a nice picture.

Unfortunately the design here feels completely random. Some of the bunker placement, green shaping and tee locations are quite bemusing. An example is the down and dogleg 9th hole, which is bunkered on the right but gives you the best angle of approach from the wider and safer left side. The plunging then rising 6th is another example, a fine driving hole its green is shallow and set beyond deep bunkers, with most golfers hitting an uphill approach from a downhill lie across sand and with no area to run the shot in. The bunker in the middle of the 3rd fairway, the tees on the 7th 16th and 17th, traps on the 11th and 12th and trees in the 14th fairway are also questionable.

This was one of the first courses that Thomson, Wolveridge and Harris ever worked on, and it was restyled a touch by Thomson and Wolveridge in the late 1990s. Apparently Thomson wanted to pull down all the trees, and certainly the 2nd, 7th, 13th, 14th and 17th could do with some heavy pruning. To elevate the track where plenty of New Zealand golfers think it belongs, however, some more painful and significant redesign work would be required. 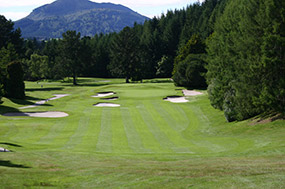 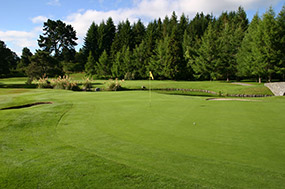 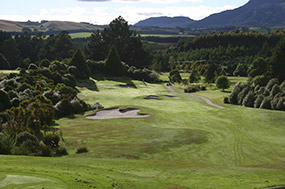 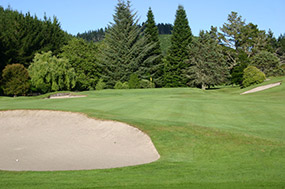