Situated along Northern Ireland’s magnificent Causeway Coast and only a few miles from Royal Portrush, the Portstewart Strand Course was created in 1992, though it features eleven holes designed by Willie Park Jr back when the club was first formed in 1894. Park’s superb opening hole, which follows the beach and plunges down and around a small ridge, remains in play but during the 1980’s the club acquired 60 acres of virgin duneland beyond its green and enlisted a local school teacher, Des Giffen, to build seven holes for its new course.

The Giffen holes, 2 through 8, occupy some of the heaviest sand formations in Northern Ireland and mostly run through deep dune corridors or across broad valleys. Holes that head up into dunes such as the 5th and 7th are outstanding, as is the 8th, which hugs a hill as it boomerangs around to the left. The wild 9th is also terrific and reintroduces golfers to Park’s original holes. Unfortunately the rest of the course is routed away from the heavy dunes and feels totally different, as the ground is much flatter and less interesting. Aside from a tremendous shelf green site at the mid-length par four 11th, the back nine is best remembered for a series of tough par fours that make up the closing stretch.

Giffen did an admirable job in the sandhills but in some ways the variance in terrain hurts the Strand Course, as does the hundred-year gap in design philosophy, the Park holes somehow more adventurous despite the less dramatic land. This disparity should not put you off a visit, however, as the terrain here is ideal for golf and the course is a terrific back-up option for visiting golfers who have exhausted their playing privileges at Royal Portrush. 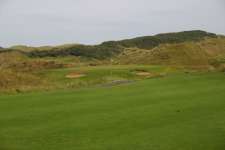 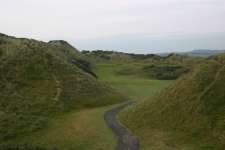 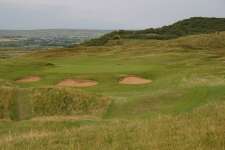 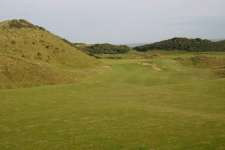