‘This is the kind of landscape we architects try to create, but at Praia D'El Rey it's all here naturally.’ Cabell B. Robinson

An hour north of Lisbon lays Portugal’s Silver Coast, an area of great natural beauty blessed with rugged cliffs, pristine beaches, historic towns and the attractive Praia D’El Rey golf course. Designed by American Cabell B. Robinson, who spent 20 years working for Robert Trent Jones in Europe, Praia D'El Rey is part of a greater residential and resort development and features a prominent section of holes that overlook the crashing surf of the Atlantic Ocean.

Opening in 1997, the development was actually first proposed during the late 1970s. Fortunately, prior zoning permissions obtained by the original developer enabled Robinson to utilize the beachfront topography and route three holes right along the cliffs, something no longer possible in this part of the world. Away from the Atlantic, the rest of the course is either set within a fragrant pine forest or cast from pure white sand dunes covered in a thick indigenous ice plant.

Arranged in two clockwise loops, Praia D'El Rey starts within the thinned-out forest but quickly brings golfers within sight of the ocean at the 2nd and 3rd holes before heading back away from the water until midway through the back nine. The well-bunkered par four 12th doglegs toward the coast and is the hole that reintroduces players to the sea. It is followed by a stunning three-hole stretch right along the shoreline, which includes a beautiful short hole sandwiched between dramatic par fours played through the coastal dunes.

These are the holes that will linger longest in the memory, although they are by no means Praia’s only attractions. Better offshore moments include the last part of the tumbling par five 2nd, the terrific reachable par four 4th and the wicked plateau green on the 6th. The closing sequence is also strong. The 16th is a fine hole with an obscured drive and the 17th is a huge par five through a menacing sandbank that would be a great challenge were it not for the extreme target area.

Given the dramatic nature of the site, and the fact that in many areas houses separate fairways and actually occupy some of the prime golf land, there is a major disparity between the best and worst of Praia D'El Rey. Robinson did an admirable job, however, routing his holes through as much duneland as he was given and with the restrictions involved in building a residential layout such as this. Although none of the site could be described as dull, the best golf land is very good and a close look at the surrounding estate reveals that potential icon holes were lost to bricks and mortar. There are also a couple of unnecessary ponds on nice natural dune holes that are not ideal.

Despite some concerns with the overall development masterplan, the is a great place to visit and the views, the weather and opportunity to experience holes like 4, 13, 14, 15 and 16 make it well worth playing. Indeed, with such offerings less than an hour from Lisbon and close to the fortified medieval town of Óbidos, it really is hard to understand why the Algarve is more popular with traveling golfers. 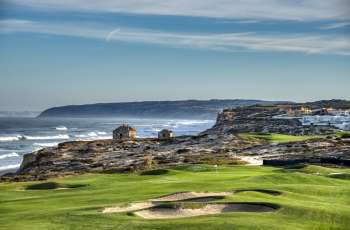 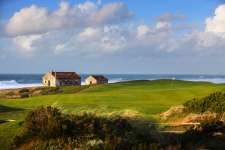 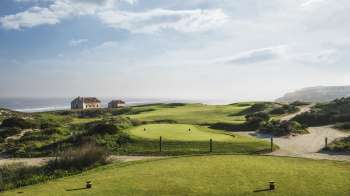 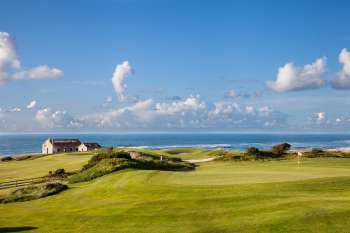 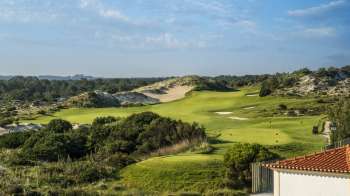