Golf was first introduced to the sleepy seaside hamlet of North Berwick in East Lothian during the early 17th century, though it wasn’t until players shifted from the Burgh Common onto what later became the West Links a century later that the game really started to flourish here. Confined at first to the land within its boundary walls, the town’s initial six-hole course gradually expanded beyond its ancient borders until eighteen were in play by 1877. Created mostly by David Strath, the first full links, which included the famous Redan hole, was quite short but was lengthened substantially in 1895 by head greenkeeper Tom Anderson. Anderson is the man most responsible for shaping the modern North Berwick, although further expansion in 1932 allowed club professional Ben Sayers to add a new 10th hole and lengthen both the 9th and 11th. Aside from the odd moved or removed bunker and back tee this cherished links has changed little since.

For aficionados and golf historians North Berwick is almost as significant as St Andrews. Its ancient links are dotted with golfing monuments and traverse stonewalls, snaking burns, yawning bunkers and house some of the most imitated holes in golf as well as other gems impossible to replicate. Like St Andrews the course starts and finishes within the town, the layout bumping its way along North Berwick’s white sandy shoreline and enjoying commanding views over the Forth estuary and its mysterious volcanic Bass Rock.

An unpredictable journey from beginning to end, the West Links opens with possibly the worst hole in Scotland but is followed by one of the best in the world, a brilliant par four that bends around the beach and proved the inspiration for the first of the thousands of subsequent Cape holes. The drive here is across the corner of the coast to a funky fairway that is relatively flat close to the sea but wildly undulating down its safer left side. The 3rd is also terrific and plays across the town’s former boundary wall and into the newer links section. Following excellent short holes at the 4th and 6th and the two-shot Eli Burn 7th, the course then heads into the western dunes, where its three long holes, 8, 9 and 11, cleverly play into, across and then with the prevailing winds that follow the inward holes back toward town.

While the back nine tends to be dominated by the anticipation of playing the original Redan (15), the highlight is undoubtedly the Pit hole (13). A mid-length par four, the Pit is played along a diagonal stone wall to a sunken green resting in a natural hollow and squeezed between the wall and a beautiful beachside dune. A true original, this classic is just part of an extraordinary run of fine holes, from the superb simplicity and expert construction of the 11th and 12th through to audacious one-offs like the 14th and 16th. Named Perfection, the 14th is an incredible hole that first bumps along a wrinkled fairway ridge and is then blind over a crest toward a hidden green located a few yards from the crashing surf. The 16th, by contrast, at first appears a fairly tame par four but its flat fairway disguises one of the most memorable green formations anywhere, the putting surface actually two shallow shelves split by a swale several feet deep.

Sandwiched between these daring holes is Redan, said to be the most copied par three concept in golf. Played across an obscuring mound, this famous one-shotter features a heavily bunkered target that sits atop a plateau and is angled away from the tee. While the modern Redan holes tend to copy the bunker arrangement and shape of the green, it is really the slope of the large target and the variance each pin position brings that makes this hole so effective. Easily dismissed by the modern golfer as weak, the final two holes are also very good and ideal matchplay moments, particularly the drivable 18th which heads back into town across a massive corrugated fairway to a green set close to an entrance road.

The embodiment of everything great about Scotland and the sport of golf, the unforgettable West Links at North Berwick is the quintessential quirky links and ought to be the first course confirmed on any Scottish golf itinerary. While St Andrews is the spiritual home of our game, it was links like this one that gave golf its soul. 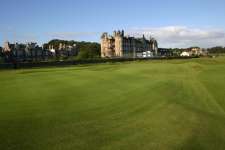 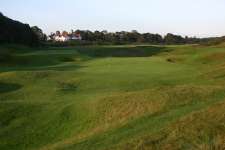 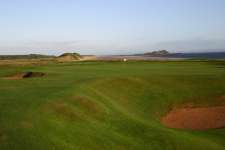 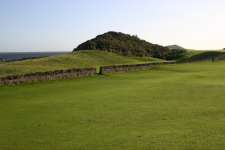 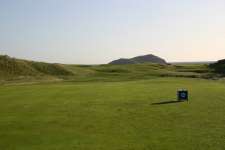