Opening in 2006, The Renaissance Club seemed destined from the outset to be a hit. Occupying classically undulating terrain, it was designed by one of golf’s most respected minimalists and set immediately adjacent the venerable Muirfield links in East Lothian. As with Tom Doak’s Sebonack course on Long Island, all the ingredients were apparently present for this to be one of the game’s true modern gems.

It is perhaps a measure of Doak’s portfolio and the consistently high standard of his design work, that if anything Renaissance feels slightly underwhelming. Certainly when compared to his best layouts elsewhere, or the great neighboring links at Muirfield and nearby North Berwick. Those are high benchmarks, however, and by modern British standards this is an excellent course and among the top handful of new creations in this part of the world.

Interestingly, when The Renaissance Club first opened it was without the present 9th, 10th and 11th holes, which were built on land initially owned by the Honourable Company of Edinburgh Golfers. These holes were added in 2013 and to make room in the routing Doak’s three-hole opening loop was converted into a practice area. A couple of other holes were modified.

Though less than ideal to have such interruptions so soon after opening, and for there to be a couple of significant green-to-tee walks as a result, this beachside area is the golfing highlight at Renaissance. The standout hole is the clifftop 10th, a superb mid-length par four with a wonderfully simple green and views across a secluded beach and out over the Firth of Forth. The short 9th and 11th holes are also terrific, and essentially share a green complex cut by an old stone wall. That same wall is used very effectively on the longer 8th hole as well.

Away from this newer section, Renaissance is recommended more for the sum of its parts than the individual quality of its specific holes. The greens and bunkers are good throughout and used by Doak to inject a genuine old-school feel into the layout. Like on some of the older links, traps are often cut into random hollows and depressions and even set back a little from the greens to make recovery all the more difficult. The greens are then large and well contoured; with bold targets like the 1st, 3rd, 5th and 7th among the many standouts.

In some ways this course is uncharacteristic of Doak’s previous work and his general design philosophy, given it plays longer and is more demanding than he probably would have wanted. With the exception of the charming 5th, the rest of the par fours stretch beyond 415 yards and fairways and greens are such a relentless test of your mental and physical game that it doesn’t lend itself easily to repeat play.

That said, the facilities at Renaissance Club are first-class and the fescue surfaces as bouncy and true as any you’ll find in the old country. Add beautiful outlooks across the water and a host of fascinating green complexes and you have a pretty attractive offering for those in the private club market to consider.

Despite an impressive and expansive global collection of courses, until he landed this job and was able to build in Scotland, one suspects that Tom Doak’s design career might have felt incomplete. While not as well received as some of his more glamorous projects, nor the likes of Kingsbarns and Castle Stuart, The Renaissance is a quality layout and a solid test of golf. Were it 100 years older like Muirfield, or a little shorter and quirkier like North Berwick, it would almost certainly have a more enthusiastic following. 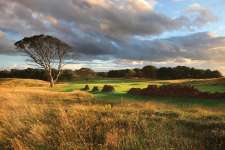 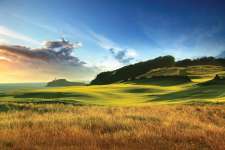 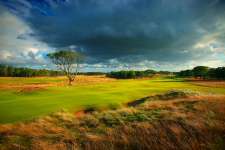