One of golf’s earliest resort destinations, Turnberry’s origins date back to 1901 when the Marquess of Ailsa commissioned Willie Fernie from Royal Troon to lay out a course beside the spectacular West Ayrshire coastline. The Marquess then used his directorship of a local railway company to extend the rail line into Turnberry to service the course and a new luxury hotel he had helped build.

In 1909 Fernie added a second course, later becoming the Ailsa, but Turnberry was requisitioned by the British Government during the first and second World Wars, its hotel used as a hospital and the fairways converted into concrete runways. Following World War II the site was left dilapidated and seemingly useless, until Scottish architect Mackenzie Ross undertook the enormous task of demolishing the aircraft hangers, removing the concrete and tarmac and recreating the course on what was left of the linksland. Damaged considerably, much of the original golf land was devoid of the natural contour that had existed prior to the runways, so Ross shrewdly pushed the Ailsa Course closer to the sea and into the heavier coastal dunes untouched by the Armed Forces. There he was able to create a grand scale links that complimented the dramatic nature of the site, building a series of testing holes and an exceptional set of greens that he had first sculptured in plasticine prior to construction.

Enjoying sweeping views across the Irish Sea to the peaks of Arran and the famous Ailsa Craig rock, the Ailsa Course actually begins quite tamely but following an excellent 3rd hole it settles into a memorable out and back rhythm, first along the shoreline and then back along the flattened portion of the property. The strength of the links is the impressive stretch of front nine holes, the 4th through 8th, that head along the high dune ridges that shield the layout from the sea. Its most notorious, however, are 9, 10 and 11 which touch the coast and overlook the iconic Turnberry lighthouse.

The 9th is a one-off hole with a blind drive played from a rocky promontory to a hogs back fairway that is almost impossible to hold. The approach must then find a green which falls away sharply on both sides. The next two are good holes on great real estate down by the surf, and as you turn to head back toward the clubhouse, the rest of the layout is an interesting, if somewhat mixed, collection of holes. The first few along the flattened ground are a little dull but the finish, from the short 15th is terrific. It includes a deep snaking burn abutting the built up back-to-front sloping 16th green and a penultimate par five that is reachable, but cleverly positioned at a pivotal point in the round to bite those pushing too hard for birdie.

Thanks to Mackenzie Ross and its Open Championship status, Turnberry is now a legend in this part of the world and the Ailsa Course is one of the first links selected on the itinerary of most traveling golfers. Although the early holes on each nine are a little soft, the six or seven great moments and the sheer beauty of the setting combine to make this one of Scotland’s most satisfying golf experiences. 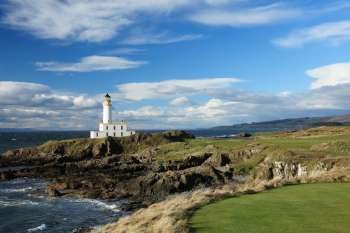 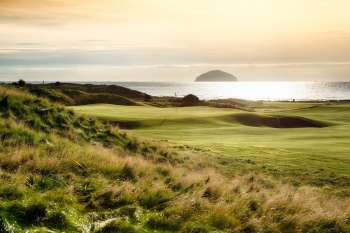 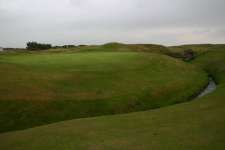 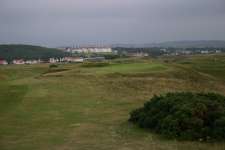 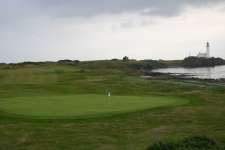