Set on the south coast of Kwa-Zulu Natal, around 50 miles from Durban, the Umdoni Park golf course is part of an interesting 210-hectare coastal estate that was founded by parliamentarian Sir Frank Reynolds, who established the park in order to gift a seaside cottage to his friend and prime minister, Loius Botha. Botha passed away prior to his cottage at Umdoni being completed; his wife lived there until she died in 1937, after which the property was made available to future South African Prime Ministers.

Golf was apparently part of Reynolds plan from the outset, with his first nine holes completed in 1921 and the full 18 in play by 1930. The course has apparently changed little since, this being a quirky, very British coastal track with sporty challenges, glorious seaside views and plenty of adventurous design. There are some unusual driving holes here played over or around trees, but the good stuff outweighs the bad and holes like the par three 7th and the long 13th, with its undulating fairway, are tremendous fun to play.

The course isn’t recommended for those intolerant of the odd bad bounce, poor hole or blind shot, but those who enjoy exciting activity are certain to fall for the charms of Umdoni Park. 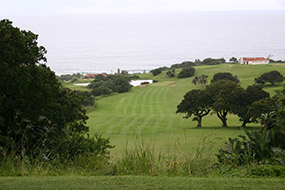 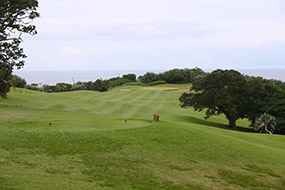 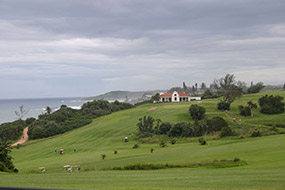