Home to three unique nine-hole courses, the Whistling Rock Golf Club in South Korea is an architectural masterpiece, in the most unexpected of ways. The club's three nines, Cocoon, Cloud and Temple, were named after the distinctive halfway houses that are obligatory in Korea and split the nines, to allow golfers the chance to stop and refresh every four or five holes. Each was designed by the same architect as the main monstrously large clubhouse, built with an apparent $200 Million price tag. The sheer size and audacity of the clubhouse is evident across the courses, and hard to take your eyes off while you golf

Inside the clubhouse is a remarkable collection of private dining experiences, each with a separate theme, colour palate and antique collection. The chandelier, tiles and many of the fixtures were imported from Italy or other exotic locales in Europe. The wine cellar is a sight to behold, and the centerpiece of a building with few practical applications beyond displaying wealth and extravagance.

On course the Cocoon nine stands out for the fact the holes occupy more sensible ground, and the incorporation of both the remnant rock and native Korean Pines makes for some really exciting golf holes. Short par fours around rock and water stand out as especially beautiful.

Sadly, aside from the wonderfully styled Cloud and Temple halfway houses, the other courses are far too steep, too narrow in places and too unconventional for serious consideration. One hole on the Temple nine drops 75 metres from tee to fairway, and apparently Ted Robinson Junior wanted the tee even higher. The issue here is the fairway is quite skinny between a hill and creek, and it would be almost impossible to control your ball in wind without a fair degree of luck. Holes benched into the sloping ground work much better than those who climb or drop off the contours, but even these are mostly borderline because of bunker or green design.

Ted Robinson junior appears to have some shaping skills and knows how to build a daring golf hole. It would have been great to see what he could do with just 18 holes here, because as it stands the sheer steepness of the Cloud and Temple holes make it a tough place to take seriously. Even with one of the world's most extravagant clubhouses.

Note: the club was originally going to be called Whistling Pines, in tribute to Whistling Straits and the native Korean Pines on site. They hit so much rock during construction, and made such a feature of that rock, the name was changed to Whistling Rock.

In 2017, a redesign by Renaissance Golf Design's Eric Iverson opened with changes made to both the Cocoon and Temple nines. 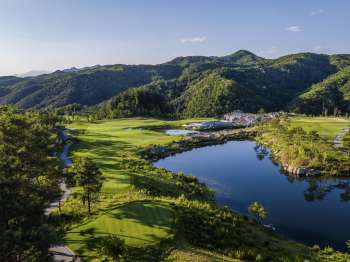 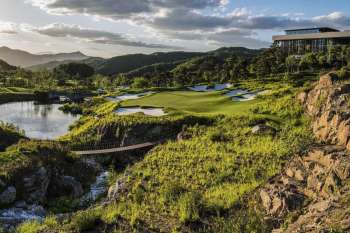 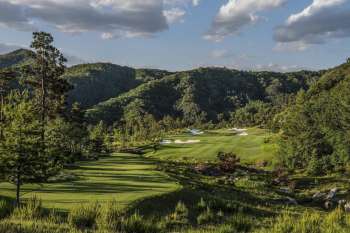 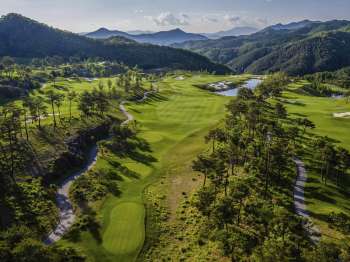 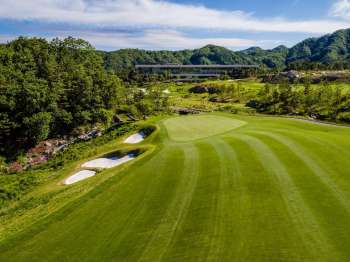 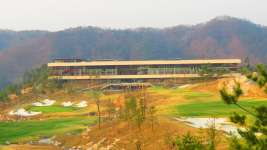 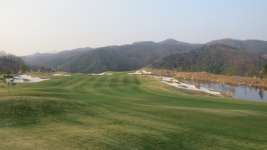 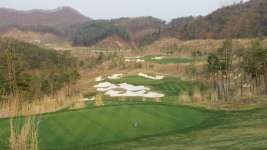 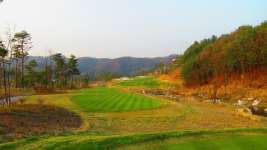