Royal Drottningholm is a charming old-school golf course restored in 2012 by local Swedish designer Johan Benestam, who has done well to integrate some clever green contours and attractive bunkering to a gentle undulating site a short drive from the Swedish royal palace. The course is on land leased from the crown, with a series of gentle rocky hills and an attractive blend of Oak, Birch and other trees. Inaugurated by King Gustaf VI Adolf in 1959, the course had apparently deteriorated over the years and the restoration gives it a genuine British heathland feel.

From the very first tee, this really is an enjoyable walk in the park with the course essentially set on Royal grounds and boasting enough ground movement to create interesting holes. The par threes are very nice, and some of the greens angled away to soft chipping swales and zones are effective. There are a couple of holes with too many fairway bunkers, such as 6 and 9, but otherwise Benestam did well to extract fun and enjoyment out of subtle landforms. The routing is really quite effective, a couple of gentle hills used to create drama on the opening stretch of holes, and later the outlooks and better golf undulations thanks to the clever arrangement of holes and sequences. There is no question that the better and more interesting holes are on the front nine, but the back isn't poor by any means and the course doesn't torment golfers looking for pars or bogeys.

Among our favourite parts of the course were the rolling nature of holes like 1 and 9, the later with a great green site in a saddle beyond a soft rise, and the par three 5th with its outlook toward an old church. Sweden is rarely discussed in a destination sense by golfers, partly because of a short season and partly because the courses are so popular and crowded during the warmer months. For those who find themselves in Stockholm looking for a game, however, you could do much worse than tee it up at Royal Drottningholm. 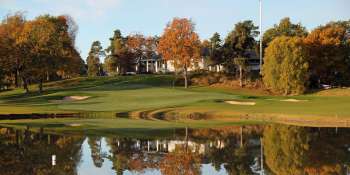 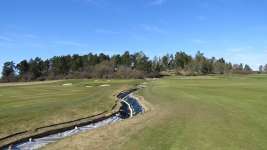 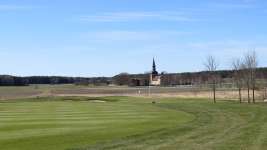 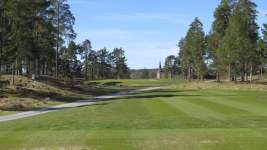