A modern golf club whose members enjoy an unprecedented level of privacy and luxury, Ayodhya Links north of Bangkok is largely the work of just one man – Club founder, and former Deputy Prime Minister of Thailand, Pitak Intrawityanunt. Intrawityanunt is extraordinarily hands-on at Ayodhya, and to his great credit has been able to assemble a golf course and a golf club of considerable quality, despite what might be described as a somewhat unremarkable property.

When initially founding his club, the Chairman engaged Australian designers Peter Thomson and Ross Perrett to route a golf course across a generous, but flood-prone site with few obvious natural features and no trees. A man who demands excellence, Intrawityanunt oversaw all aspects of construction himself and decided early on in the project that by its very nature signature design had a ceiling. The mere fact his design team were juggling numerous projects worldwide, meant they were unable to devote the attention to Ayodhya that he felt was needed to create something remarkable. He quickly parted ways and decided to carry on with the design alone, working with a trusted shaper and a small construction crew over the next three years to slowly piece together his dream golf course.

Central to the routing and overall ambience at Ayodhya Links is a 70-acre lake, which dominates the clubhouse view and was built to provide sanctuary for birdlife and a sense of scale to the golf course. Other water bodies feed off the main lake, and are used on virtually every hole yet provide a diverse range of obstacles and shot challenges.

This variety in design is Ayodhya’s greatest asset, and was no accident. Intrawityanunt approached the task of building this course with an almost fanatical obsession on originality. There are cues from great holes elsewhere, but his bunkers and green contours are one-off’s and impressively varied for a course without much natural movement. Despite the fact that many of the targets lean sharply one way or the other, and were conceived with small tournament pinable zones, they rarely repeat on each other and constantly provide an interesting test for approaching golfers.

The routing is also worthy of note, for the manner in which holes continually change direction and the use of the prevailing winds to complicate play. Holes of particular note on the front nine include the strong par four 5th, the dangerous three-shot 8th, played to one of the nastiest greens in Thailand, and the long 9th with its green set beside the main lake and beneath the beautiful Ayodhya clubhouse.

On the back nine, our favorite areas included the approach into the mid-length 11th and the 400-yard 15th hole, which owns both a tiny, domed green site and one of the more impressive bunker complexes on the course. The finish is also memorable, for the cross-stream approach into the 17th and the lakeside 18th, which is played as a par five from the regular tee or as a par four if the golfer chooses to use a forward island tee.

Chairman Intrawityanunt has a home at the far end of the main lake here and despite a long, successful business career was essentially an amateur designer during this project, building a luxury golf course in his giant backyard. In that context he did a superb job. While the site doesn’t enjoy the same obvious natural appeal as other great courses that we feature on Planet Golf, it’s become an attractive place to golf thanks to its mature plantings and strong, varied golf holes. Off course, the overall member experience is first-class as well, starting from the entrance arrival through to the locker rooms, the halfway house, the caddie (or personal butler) service and exquisite dining offering.

Named in honour of the nearby UNESCO protected town of Ayutthaya, the Capital of Siam from the 14th to 18th centuries, this rare find incorporates elements of elite golf elsewhere but with a unique and authentic Thai charm. 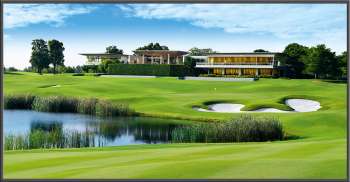 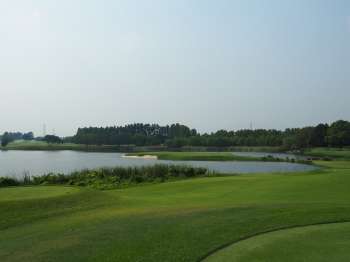 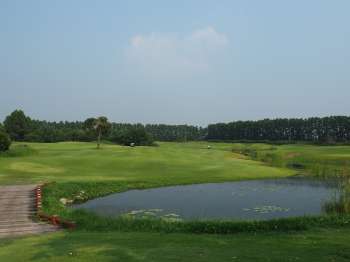 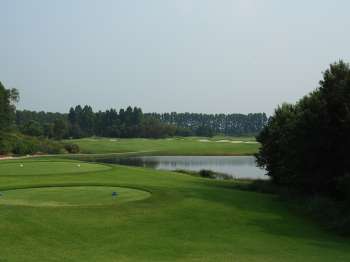 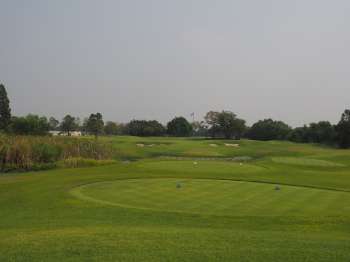 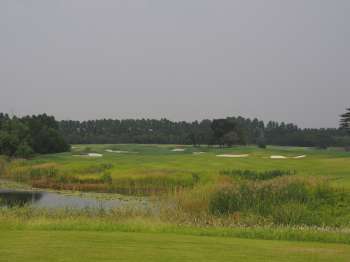 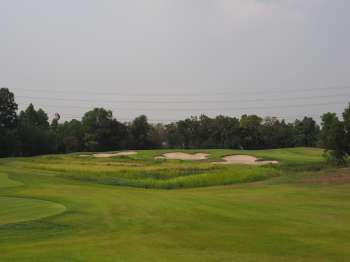