The Atlanta Athletic Club is one of the most prestigious sporting institutions of the American South, having been established in 1898 by a group of local businessmen looking for a place to enjoy recreational activities with their associates. From a downtown Atlanta base the club expanded into golf in 1915 with the construction of the famed East Lake golf course, home track of legendary golfer Bobby Jones. The club later abandoned its East Lake site, and moved north of the city to Duluth and a 36-hole facility designed by the prolific Robert Trent Jones Sr.

Prior to the golfing Jones’s passing, he recommended the club’s Highlands course to the USGA as a possible venue for its national Open. The recommendation clearly struck the right chord, as the course indeed hosted the US Open in 1976, the first of many championships, which have since included the 1981, 2001 and 2011 PGA Championships. Those final two events were played on a golf course that had been heavily redesigned by Trent Jones’s son, Rees Jones – who completed major works on the layout in 1994-5 and 2006.

The current day Highlands Course at Atlanta Athletic Club is an ideal venue for professional championship golf, and such a strict test of an elite players game that it is sure to uncover the best golfer in the field whenever championships are held there. In many ways this new AAC Highlands layout is both your archetypal American major venue as well as your archetypal Rees Jones creation, in that it is long, narrow, repetitive and penal and instead of providing genuine strategic challenges it simply tests a players execution.

Aside from a complete lack of charm, the biggest concern with the Highlands Course is that many of the holes look suspiciously like other Rees Jones creations elsewhere. The three cross-water par threes mirror closely the three similarly dreary short holes at Medinah across the lake, while some of the bunkering and fairway pinching of the longer holes resembles work Jones has done on tournaments courses like Congressional, Medinah and Torrey Pines.

In his most recent upgrade on the Highlands Course, Jones stretched the course basically as far as the club’s physical boundaries would permit. He also narrowed the fairways, deepened the bunkers and moved greenside traps closer to the putting surface. On his web site Jones describes Highlands as ‘strategically bunkered’, which will amuse those playing the course and wondering when they get to hit a shot that isn’t played between a hazard tight on the left and a hazard tight on the right. Whether its sand, rough or water this course simply tests your ability to continually hit a straight ball.

As indicated, what Rees Jones left the Atlanta Athletic Club is a layout that serves to test the execution, rather than the strategy, of those who play it. Whilst fine for professional events, for regular member play this must be among the most disheartening golfing experiences in the area. Fairways are so narrow and green entrances so tight that the architect has completely dictated how each hole is to be played, your score simply reflecting whether you were able to hit the shot Jones wanted or not. Unlike all the great courses in golf, here there are few preferred angles to play to, and little need for any cerebral planning.

The Highlands Course at ACC isn’t the worst course to have hosted a PGA Championship or US Open, but it is one of the last that discerning golfers are likely to care to play on a regular basis. And this, after all, should be the measure of a great golf course - not whether it managed to keep quality players at bay during a professional event. 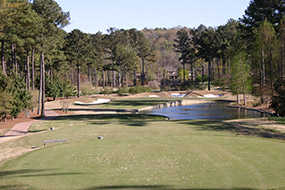 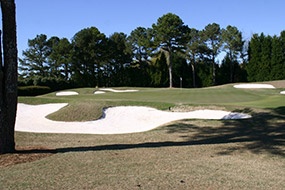 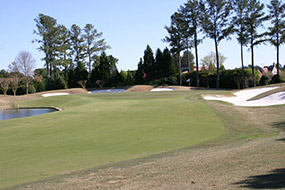 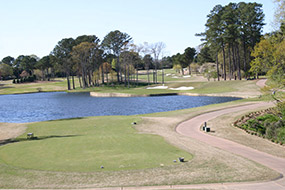