The most glaring omission from the first volume of Planet Golf USA, Austin Golf Club was formed in 2000 and so successfully shuns the limelight that it was not even on our research radar when putting together the previous installment. Word has a habit of eventually spreading in the golfing world, and our study of what appears an old-school relic was one of the highlights of putting together this second edition.

Set upon a spacious 500-acre ranch site, Austin Golf is located a short drive northwest of the Texan capital and was founded by a group of keen golfers that included two-time Masters champion Ben Crenshaw. Crenshaw and his partner Bill Coore were the designers, but unusually for this pair it was Crenshaw who took a more active role during the construction phase. This was in part because Austin is his hometown, but also due to the fact that Coore was busy at the time working on projects elsewhere. That the course is such a superb strategic test speaks volumes to Ben’s eye for design, and just how attuned this team has been over the years.

From a small central hill that houses an appropriately understated clubhouse, the Austin layout is arranged in three uneven loops with the 6th, 9th and 18th holes each returning to the elevated precinct. The 6th green is actually connected to the practice putting green, much like the famous 9th at Oakmont. There are architectural nods to other Golden Age classics as well, including the Tillinghast-inspired waste area cutting across the par five 9th fairway. By and large, however, Austin works because of its low-set originals and strong strategic fundamentals. The bunkering is perfectly situated across the course, to ask progressively more demanding questions of the increasingly ambitious golfer. Similarly, the greens are incredibly challenging as a set, the putting surfaces varied in size and generally leaning from back-to-front with protection via side swales and deep traps.

Following a solid starter off the hill, the first outstanding use of sand and slope comes at the 2nd, a modest length par four whose green is wedged narrowly between bunkers and much easier to approach for those able to drive down the more dangerous left side. The rising 6th and short 13th are other wonderfully straightforward par fours with impeccably bunkered green complexes, along with the 11th, whose downhill approach is played dramatically across a sandy wash.

The par threes are even more memorable, given varying lengths, gorgeous bunkering and the fact they all play to different points on the compass. A genuine stunner on flat ground, the 8th is the shortest of the set and perhaps bested only by the longest, the 10th, which plays from the main hill to a green perched temptingly on a distant ridge. Coore and Crenshaw typically build great long par threes, and this hole provides further proof they fully appreciate the charm of overweight half-par holes, as much as the more popular underweight versions.

As terrific as the designed form at Austin, in many ways it’s the lack of clutter or “look at me” golf architecture that most impresses. Nothing seems out of place here, the holes are carved through old oak trees and lovely native grasses that give them an undeniable sense of belonging, not dissimilar to somewhere like Kingston Heath in Australia. Far from the most glamorous site that Coore and Crenshaw have worked with, Austin Golf Club is as close to perfect as any of their more celebrated masterpieces and the sort of course you could play on a daily basis without ever losing interest.

In Volume 2 of The Confidential Guide to Golf Courses, Tom Doak published that.

“No one really knows what part of their co-designs are Bill’s work and what is Ben’s input, but I have the strong sense that this is the one course where Ben did the bulk of the design. I got my tour from Ben himself, and the course is about a 25-minute drive from his home; on the way over I asked how often he went out to the club when he was home, and he quickly responded “almost every day”. I hope I am lucky enough to feel that much at home on one of my own projects someday.

I was not surprised to find that the course is one of the most understated of all modern designs. The course traverses open land studded with small oaks, and the wind is allowed to play a prominent role. The bunkering is subdued, both in number and shape, but the smallish greens with significant undulations make it a difficult place to go low, and there are two or three old-school greens where you can easily putt right back down into the fairway. The holes that stood out for me were the long par-3 10th from one high point to another, and the short par-4 near the end, that reminded me greatly of the 17th at Southern Hills. Ran is partial to the tiny one-shot 8th where you can make a fool of yourself by missing long, and the downhill 440-yard 11th with a wash cutting diagonally across the approach shot. If you want to see how Ben Crenshaw really thinks about golf course architecture, this course is a must-see, and there’s a pretty good chance you’ll bump into the man himself.” 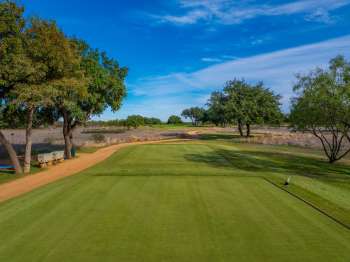 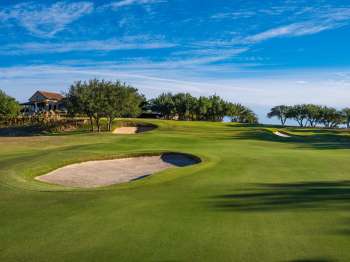 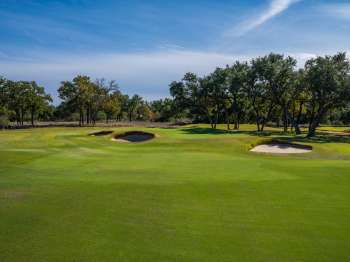 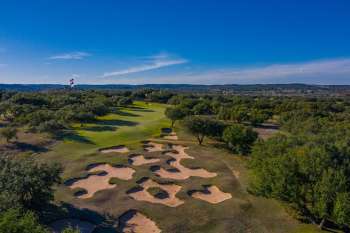 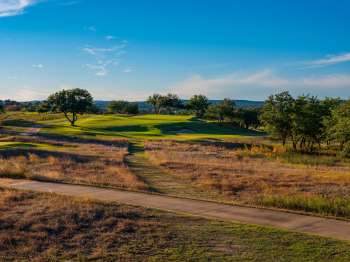