As successful as the Bandon Dunes Resort has been, until the 2020 opening of the Sheep Ranch a serious nitpicker might have argued that it was missing one piece of the development puzzle. That piece being a golf course with constant sea views, like those at modern masterpieces Cape Wickham, Kingsbarns or even its oft-compared rival Pebble Beach. As much as the ocean holes dominate the experience at Bandon Dunes, Pacific Dunes and even, briefly, at Old Macdonald, much of the golf is out of sight of the water. That’s not the case with the Sheep Ranch, which sits atop a protruding coastline and enjoys Pacific Ocean views from every single hole.

The Sheep Ranch abuts the Old Macdonald course at Bandon and occupies a clifftop property owned by Mike Keiser and his long-time partner in the Recycled Paper Greetings business, Phil Friedmann. Friedmann actually built a course on the ranch in 2001, which operated independently of Bandon Dunes because it was an unusual, ‘choose your own adventure’ type of experience. There were only thirteen greens on the layout and no defined routing to follow. Only a handful of golfers were permitted on the links each day and they simply crisscrossed the site how they pleased; inventing their own holes and essentially playing the game in its simplest, rawest form.

While the Sheep Ranch enjoyed a cult following, the success of the second, third, fourth and fifth courses at Bandon Dunes encouraged Friedmann and Keiser to contemplate whether an 18-hole routing on their tight, windswept property was possible, and whether such a course could be integrated into the main resort. They discussed options with several designers but ultimately engaged Bill Coore, for his uncanny ability to figure out difficult routing puzzles. Coore’s solution here will be studied for years to come. A visual feast from start to finish, it includes nine greens pushed against the coastline and mixes great variety and scenic appeal with a safe, playable series of exciting holes. Three of those holes run directly along the cliffs, while another six end with greens back-dropped by the Pacific.

The short holes at Sheep Ranch are all sublime, but it’s the two cape-style par fours that steal the show. Each carries a corner of the cliff and, crucially for balance, heads in an opposite direction. One plays north and rivals Cypress Point and Cabot Cliffs as the most spectacular penultimate par four in our game. The other, the 6th, heads south, meaning that both slicers and hookers need to be concerned about leaking tee shots down onto the beach. The other hole that runs along the ocean is the spectacular par three 16th, which tiptoes between the Pacific and a giant gorse-covered dune that was created by Jim Urbina when building the original 13-hole layout. The 16th shares a double green site with the 3rd hole, on a small promontory known as Five-Mile Point. This Five-Mile Point area also includes a back tee for the 17th hole, and is one of the true highlights of a golf trip to Bandon.

Other highlights include the downhill opening hole, breathtaking backdrops at the short 3rd, 5th and 7th, and the generously proportioned par four 9th, with its enticing funnelling fairway and almost-infinity approach. Away from the water, particular attention was paid to wild driving undulations on the 10th and 14th as well as to complicating green contours on the 8th and 13th and to cutting away part of a large hill on the par five 11th to enable golf to return to the upper reaches of the property. The huge, crater-like green created on the 11th is a work of art, and the shot for those long enough to be tempted to go for it in two is as thrilling as any by the ocean. The short par four 2nd, with its boldly built-up and pitched green site, is also memorable.

Perhaps even more impressive than the physically shaped form, is the conceptual arrangement of holes and the clever integration of adjacent teeing grounds, used regularly to get in and out of confined areas and ensure that a full 18 holes could be routed across the compact property. Somewhat unconventionally, the bunkering was designed to be maintained without sand and although some of the ‘abandoned’ bunkers adjacent greens and fairways make more effective hazards than the grassy pits inside the playing corridors, the traps throughout are well positioned and strategic.

Like every 18-hole addition since 1999, the Sheep Ranch is likely to be favored by many guests at Bandon Dunes and certain to be a strong part of any “which is best” conversation. The ability to add something so fresh and exciting to a destination like this is testament to the vision of Bill Coore and partner Ben Crenshaw, as well as the unrelenting drive of the Keiser family to maintain high standards. Bandon Dunes is an incredible facility, and the Sheep Ranch has further cemented its place as America’s greatest golf resort. If truth be told, daylight is now in second position.

“It’s amazing when people see this landscape from a distance or from altitude. The first impression is it’s completely flat. When you’re out in it, walking, you realize it’s anything but flat. It owns the most magnificent contours for golf that you could hope to see.” Bill Coore 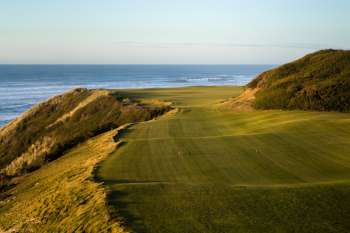 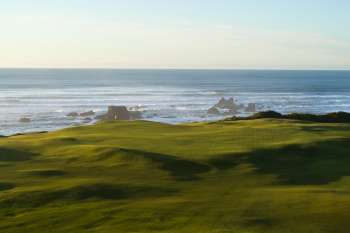 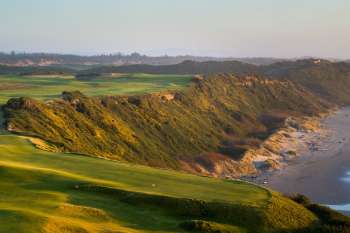 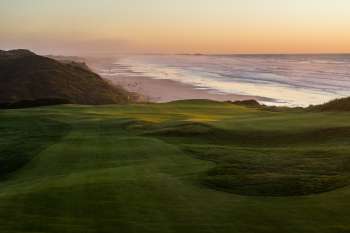 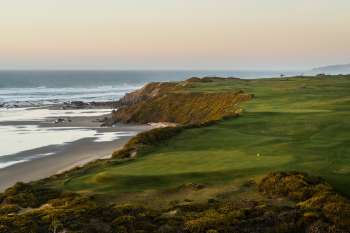